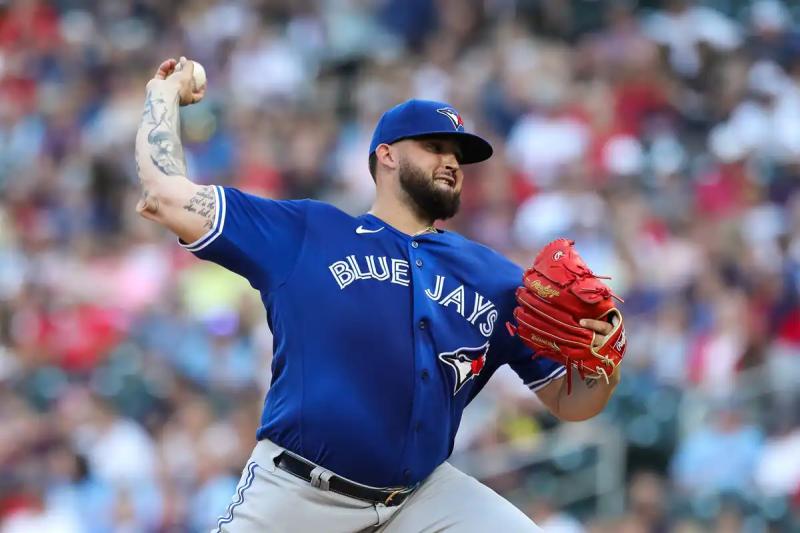 The Toronto Blue Jays started their four-game series against the Minnesota Twins in the best possible way, winning 9-3 on Thursday at Target Field.

Trailing 1-0 heading into their sixth round at bat, the visitors waited for Twins starting pitcher Sonny Gray to be out of the game before exploding offensively. They thus took the lead thanks to a three-point push at this moment. However, it was two innings later that they drove the final nail into the crowd favorites coffin, adding six points to the board.

Vladimir Guerrero Jr. made sure to put an end to this push. George Springer had just hit a two-run single when the former Montreal Expos star's son showed up at the plate, with two teammates on the trail. He then ejected a Tyler Duffey offering out of bounds.

Acquired from the Kansas City Royals at the trade deadline on Tuesday, outfielder Whit Merrifield lost no time before making new friends with the Blue Jays. In his first game with Canada's only major league team, he hit twice from the safe, producing a run on the way.

Gray was thus not involved in the decision, after not allowing no runs in five innings of work, giving up only one hit and five walks. Instead, it was Emilio Pagan (3-5) who saw the loss added to his record.

As for the Jays, young gunner Alek Manoah (12-5) did not experience the best start of the season, but he still did just enough to earn the victory. In six innings on the mound, he gave up two runs on as many hits and four walks, leaving five opponents to bite the dust.

Both teams will continue their streak Friday, Saturday and Sunday.< /p>