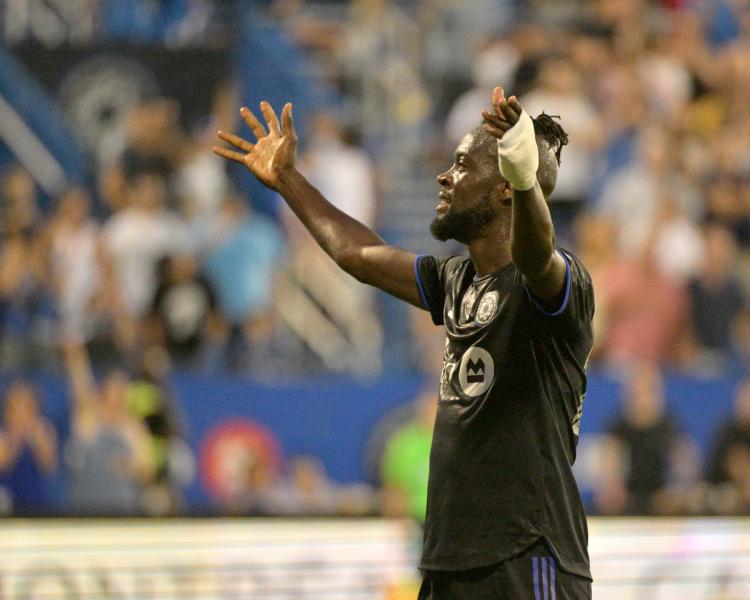 Kei Kamara played for seven MLS teams before finally arriving in Montreal at the dawn of his 38th birthday, but his impact on CF Montreal is immeasurable.

There are statistics. The Sierra Leonean striker has produced six goals and as many assists in 27 appearances, although he has only started 11 times.

But above all there is what he brings off the pitch. He is the big brother that this young team needed, one of the youngest in MLS.

“He brings us his positive energy and his experience, but what interests me is is that he blends in with the group,” noted Wilfried Nancy on Wednesday.

As Kamara has worn the colors of seven other formations, an impression of a difficult player preceded him despite his obvious good humor. But we quickly realized that was not the case, he is even very healthy for the team spirit.

“Several players bring their share of leadership, Kei brings his and his experience , began Samuel Piette. Despite his age, he is someone who can have fun in the locker room and be immature in a good way in order to join everyone. It brings a joy of living.”

“I don't know how many years he has left to play, but you see that he is someone who makes the most of the time he has left. Having a guy like that who is always in a good mood and serious when it's time, it's a lot of good,” added the Quebec midfielder.

Kamara refuses to take it all the merit which is due to him and prefers to speak about the collective.

“This is not a solo show. I could have gone to any other place and maybe no one would have listened to what I had to say.”

“The guys here are receptive and immerse themselves in the collective, we do all this together.”

However, if you already have a post-match video shot in the locker room, you saw the players sing Neil Diamond's classic 'Sweet Caroline' after a win.

“It's a project that I had since last year so that we create something and that we are all united together. I “tickled” the captains about this and it took a little time. Kei arrived and he did it naturally,” said Nancy.

Kamara now hopes that it becomes a tradition that will continue. A way for him to leave his mark on a team and a city that he loves even more, now that he has lived there for a few months.

“I had felt the love of people here for me for several years, admitted the main interested party. I told my wife and my children that I wanted to spend the year here and I am happy about that.”

“I like the diversity of the city which is very welcoming. I spent the summer with my family and we live in the Old Port. There are people from all over the world with different faces and that's what I like.”

The CF Montreal holds an option for the 2023 season and one wonders how the club could not bring the veteran back for one last run, especially as he commands a guaranteed salary of $94,000 this season.

Speaking with Nancy, we quickly understand that he really likes Kamara and his contribution.

“We all know that he is a player capable of scoring goals, but he is a 'damn' competitive and in our opinion, he takes his role well and the tasks are well defined.”

“He knows what I expect of him. Whether I give it 2 or 96 minutes, the guy is there and he's really having a blast. So it reflects on the team.”