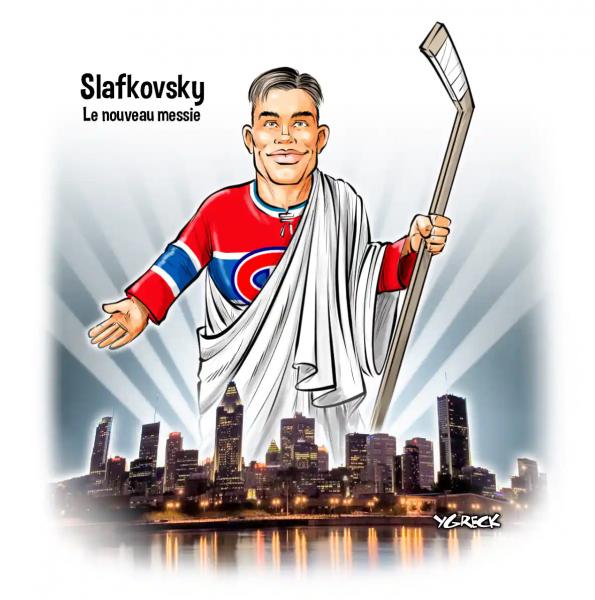 What do Martin St-Louis, David Desharnais, Mike Keane, Artemi Panarin, Steve Duchesne, Adam Oates and dozens of others have in common? They were never picked up.

They had flown under the radar and if it were up to the scouts of the NHL teams of that era, these players would never have had a career at such a high level. They had been overlooked, overlooked, or simply misjudged.

They didn't let go, resigning themselves to pursuing their dream of earning a living playing hockey, even in minor circuits. Suddenly, like a miracle, a second chance presented itself and they did not miss it.

Serge Savard, in his time, did not hesitate to offer this second chance to players from our region even if they had not come out in the draft by inviting them to participate in training camps, and it paid off for him. . Stéphan Lebeau and Sylvain Lefebvre gave the Canadiens some great years and these two would never have won the Stanley Cup without the Savard opportunity. Forgotten people, there will always be some and an organization like that of the CH has all the tools to prevent great talents from slipping through their fingers.

FOR THE FORGOTTEN< /strong>

The novelty would be “the camp of the forgotten”. A one-week parallel camp (end of August) which would bring together these players from here and even elsewhere from 18 to 24 years old who have not been drafted, but who deserve a last chance to assert themselves. This meeting would help some teams from the American League (including the Rocket), the East Coast League (including the Lions of Trois-Rivières.)

Not that recruiters are not good, but there are imponderables. At 18, it's early for some hockey players. Many athletes have not yet completed their physical growth. Many young people will have had a bad junior or university internship and their talent can blossom later.

Yes, in these camps, there could appear a Francis Bouillon, a Marc-André Bergeron, a Pascal Dupuis, an Alexandre Burrows or even a Martin St-Louis. Shane Wright, who thought he was first on Thursday, will tell you. Drafting is a very inexact science. Luc Robitaille, 1394 points later, is in the Hall of Fame and he was drafted in the 9th round, Brett Hull and Daniel Alfredsson in the 6th round. This parallel camp would give many Quebecers the opportunity to give themselves a last chance, and bet that the bleachers would be full of scouts dreaming of finding a Jonathan Marchesseault, a Dan Boyle or a Sergei Bobrovski, and for really cheap and more.

< li dir="auto">Alain D. wonders why the umpire closes his fist to signify that a runner is out of baseball. No idea. I talk to Rodger Brulotte about it.