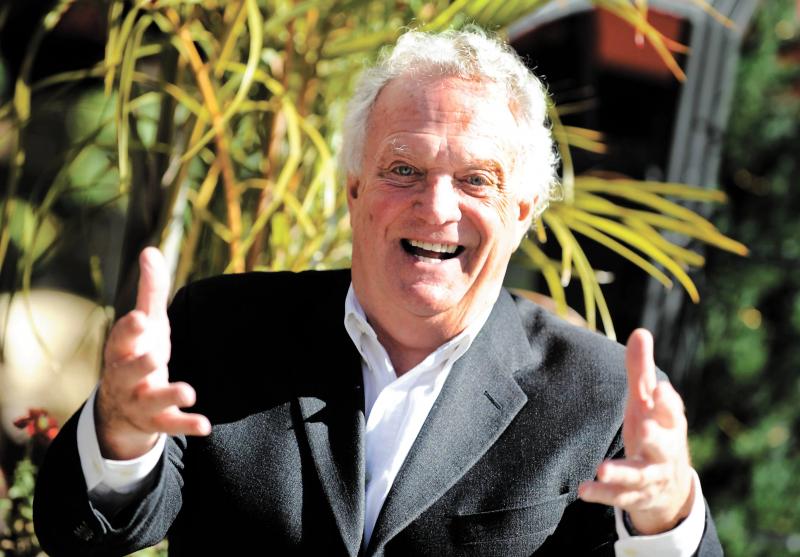 “Yesterday, four hours before his death, his girlfriend, Denyse, placed her cell phone near Pierre's ear while he was relaxing in his intensive care bed”, says Robert Maltais , great friend and author of the biographyon Pierre Marcotte published in 2018. “I was able to tell him: 'Pierre, I love you, I have always loved you, you are my friend.'”

“Denyse told me that he opened his eyes then. As his son Bruno-Pierre says, “he did it like a grown-up”.

Surrounded by his wife, Denyse, and his son Bruno-Pierre, the host was also able to see his son Pascal, who teaches theater in the American West, one last time via FaceTime before his big departure.

“As his wife said: for the first time in his life, he didn't get the lucky number,” he adds.

Paying tribute to a friend

If the usually reserved author has agreed to share the details of the sudden and virulent departure of his accomplice, it is because he thought it important to pay him a last tribute. “It was my daughter, who knew Pierre well and whom Pierre adored, who said to me: 'dad, do it for Pierre, so that someone will talk about it'.”

The two men became friends through their involvement in the Fondation des artistes, of which Pierre Marcotte was president from 2011 to 2016.

“Pierre loved his job, loved the world and he wanted laugh all the time, he continues. Pierre Marcotte, true, good, hard-headed, heart of gold. An exceptional man, a finished madman, who said yes while laughing or no while laughing just as much. A leader!»

Robert Maltais also praised the generosity of his artist friend who always kept “a handful of change” in his car to offer to whoever needed it. “He was like that, generous, and he didn't judge. He also allowed himself to be approached by everyone, he spoke with everyone; he had really chosen the right job.”

A job the host of the show Les Tannants dived headlong into at the age of 16, only to never leave him.

Pierre Marcotte, 83, was preparing to return to the Casino de Montréal stage in the fall of 2022. He died following complications related to COVID-19.

♦ Friday on TVA, the show Sucré Salé will broadcast an interview of Simon Boulerice with Pierre Marcotte shot just before the host fell ill.

♦ This Sunday at 10 p.m., TVA will rebroadcast the episode of the show < strong>The true nature in which Pierre Marcotte participated in 2019.