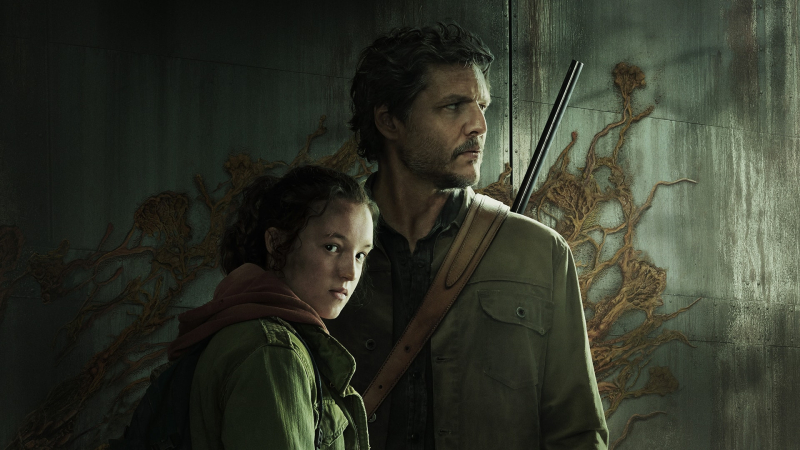 The highly anticipated TV adaptation of The Last of Us series kicks off on HBO Sunday. I had the opportunity to view it, and I will offer you my impressions without saying too much so as not to spoil anything.

How could I spoil a story already so well known by so many video game fans? Well, the first good news starts here: the TV series has a whole host of surprises in store for those who are already very familiar with The Last of Us.

The series The Last of Uswas conceived by its original creator Neil Druckmann along with Craig Mazin, who brought 2019's Chernobyl to life. Based on the first video game released in 2013, the series follows the story of Joel and Ellie as they cross the United United as a fungal infection wiped out much of humanity.

Joel (Pedro Pascal) is a smuggler who gets the mission to accompany 14-year-old Ellie (Bella Ramsey) to doctors who want to try to create a vaccine against fungal infections. Those infected are extremely dangerous, except Ellie seems to have immunity that could save the whole world. Joel wants nothing to do with the teenager, whom he sees as cargo he must deliver in order to get payment.

So far, the story is the same as the video game. A big change we have with the series, however, is that the origins of the pandemic are better explained, and those who have already enjoyed the game will know more about the spread of infections in humans.

< p>Another thing that has been changed is that the version of the infection in the TV series cannot be spread by spores, a change that Neil Druckmann had already confirmed. In all honesty, this is perhaps the only flaw I could identify during my viewing, as the rest is really solid. Another phenomenon has been added to compensate, but I'll leave the surprise to you.

Joel and Ellie certainly don't pass through the same towns as in the game, either. It's not really a disturbing detail, and it doesn't complicate the timeline or the story.

The series also covers the highlights of the game's DLC, Left Behind , where we learn how Ellie was infected. Some may find that the time spent on this part of the story is too much, but personally, I was happy to have more context. We see Ellie before she has the weight of humanity on her shoulders, and it gives beautiful moments.

The cast of the series arouses passions, but in my opinion, Pedro Pascal and Bella Ramsey are excellent choices for the roles of Joel and Ellie. Their chemistry is on display, and their performances are so compelling that I sometimes forgot the original game.

Those roles were played by Troy Baker and Ashley Johnson in the video game version, and they were excellent. Fortunately, the series reserves different roles for the latter, who deserve that their work is not forgotten. But Joel and Ellie, in my mind, will now be Pedro Pascal and Bella Ramsey forever. Because they were absolutely perfect, in my opinion.

Bill, played by Nick Offerman, has a quite different story than in the video game. We get to know Frank by his side, played by the excellent Murray Bartlett of White Lotus, which remains rather mysterious in the original game. Here, we have a totally enriched and striking history, which is likely to be celebrated at TV award ceremonies. Offerman and Bartlett are at the peak of their careers, and they're almost stealing the show.

In The Last of Us, humans are even more terrifying than infected creatures in a post-apocalyptic setting. The series delves even deeper into human stories, and we get to know even better the outstanding characters and their motivations. The subtleties and nuances have a greater role.

The narrative of a video game is designed in a context where playability must be paramount. But for a TV show, that wouldn't really work. The adaptation therefore offers a little less action and confrontations with infected, but more dialogue. We also get to know other survivors, and it all comes together very well when we see them eventually interact with the protagonists. And even if the action is slightly reduced, it is no less striking. It's a violent series that takes place in a cruel world and we are reminded of that quite often.

The infected, or clickers, are omnipresent during the adventure, but their threat is not always felt. I sometimes forgot they existed because the humans played the real monsters. So it gets even scarier when a clicker appears. Characters can improve their spell, but it only takes being bitten by a clicker and it's all over.

I loved every moment of the series. I wanted to manage my expectations, because The Last of Us is one of my favorite games, but the series didn't disappoint me; rather, it enriched a story that I already loved. My only downside is the lack of spores. It's not a big downside.

The characters are more developed, their interactions are even more interesting, and the clickers are downright terrifying. But it is mainly thanks to the actors that The Last of Us is a success. Bella Ramsey and Pedro Pascal form a credible duo and we are witnessing the evolution of their friendship even better.

It's a great gift for fans of the franchise. The series is filled with out-of-game blueprints and relevant references. It retains enough of a surprise not to be too predictable, even if we already know the story. It's like a good meal that's been freshly seasoned with lots of good spices that elevate it all.

There's no shortage of important scenes from the game, either. Everything I wanted to see in the series is there. I had a small list of scenes that I absolutely wanted to see and I was not disappointed on that side.

Players who have fun reading the notes scattered throughout the game will, in my opinion, well satisfied with the deepening of the stories and will certainly recognize several amusing “easter eggs”. I noticed more references to the game on my second viewing, so we're in for a treat.

The adaptation will also be accessible to newcomers. You don't need to know the game to understand what's going on, because everything is meticulously and invitingly detailed.

I enjoyed the TV series as much as the game; something that I thought was completely impossible. Now we just need a renewal for a second season.