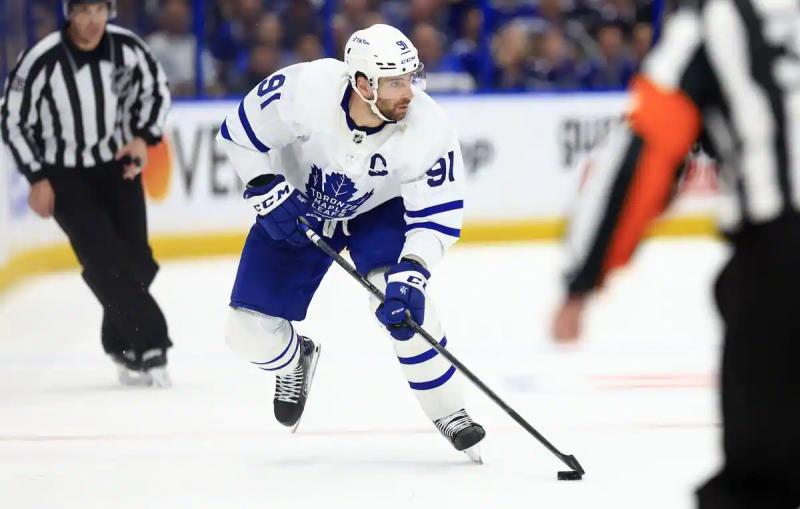 Toronto Maple Leafs captain John Tavares will miss the start of the regular season as he struggles with an oblique muscle injury that will keep him sidelined for a minimum of three weeks.< /strong>

His head coach Sheldon Keefe confirmed the news on Tuesday. The forward also missed today's session and the Montreal Canadiens players won't have to face him on Wednesday, during a preseason game at Scotiabank Arena, or Monday, when the Leafs arrive at the Bell Center. Moreover, the circumstances surrounding the appearance of the problem annoying Tavares have not been specified. He played about 17 minutes in an exhibition game against the Ottawa Senators on Saturday.

For his part, defenseman Jake Muzzin (back) is expected to resume training sporadically on Wednesday.

The Vancouver Canucks also received a bad news on Tuesday: they will be deprived of the services of striker Ilya Mikheyev indefinitely.

Mikheyev's case will be reassessed weekly, the BC team announced on Twitter. The Russian winger was injured in his team's duel against the Calgary Flames on Monday. He was tackled to the boards while in an incongruous position.

Never drafted, the 27-year-old forward played four full seasons in the Premier League hockey (KHL) before agreeing with the formation of the Queen City. In three campaigns, he scored 36 goals and 72 points in 146 games.