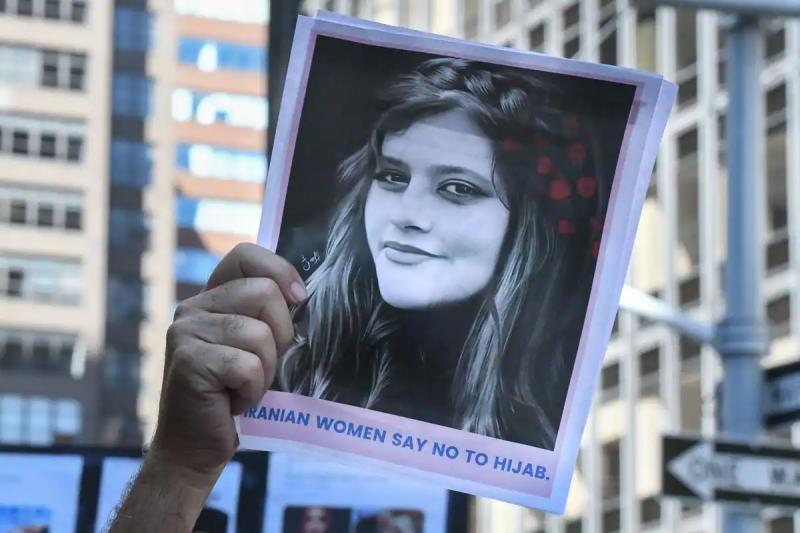 A friend made a great point to me this week.

US cop kills black man, there are protests all over the world for months.

An Iranian policeman kills a woman, there is…

When will a Women Lives Matter movement?

Do you remember when the whole world denounced the South African apartheid regime, which treated black people as second-class citizens?

Artists from all over the world (Johnny Clegg, U2, Paul Simon, Peter Gabriel, Simple Minds) demanded an end to this racist regime.

And thanks to Brian Mulroney, who worked like hell in holy water to get Margaret Thatcher and Ronald Reagan to pressure the government of F.W. De Klerk to repeal these backward laws, Canada has played a role leader in the fall of this invisible wall which separated blacks and whites.

Well, since 1979, an apartheid regime has been raging in Iran.

A terrible, cruel and savage apartheid that treats women like second-class citizens.

Where are the new Johnny Cleggs? The new Brian Mulroneys?

Why is the international community so apathetic? Impassive? Marble?

Aren't young people supposed to be against all forms of discrimination?

< p>Ah, it's true, fashion is for LGBTQI2+ and racialized people, not for women…

Women, now, it's nothing – in fact, women don't even exist anymore, it's a social construction, anyone can call themselves a woman now, you just have to want it.

“We are not born a woman, we decide to become one”, to paraphrase Simone de Beauvoir.

While race, that's true, it's solid!

And then, the Iranian regime may be misogynistic, it is first and foremost Islamist, and it's not nice to criticize the religion of “racialized” people!

When it's a white patriarchal regime that is pushing back access to abortion, quickly, we take to the streets by the hundreds of thousands to denounce these bastards!

But when it's a “racialized” patriarchal regime that treats women like animals?

Be careful! You have to walk on eggshells!

After all, who are we to judge other cultures, huh? We evil Westerners?

And then, above all, do not bring water to the mills of Islamophobes.

So we keep quiet.

Or we look politely elsewhere, and we defend d 'other causes.

Like the fight against the nasty Bill 21, which violates the freedoms of Quebecers.

And meanwhile, 22-year-old women have their skulls smashed by hysterical bearded men who feel like raping as soon as they see a lock of hair protruding from a scarf.

That's what relativism and deconstructionism does.

It destroys our moral compasses. < /p>

We defend the right of a transgender teacher to wear oversized breast forms in class, but we leave the Iranian women to their fate.