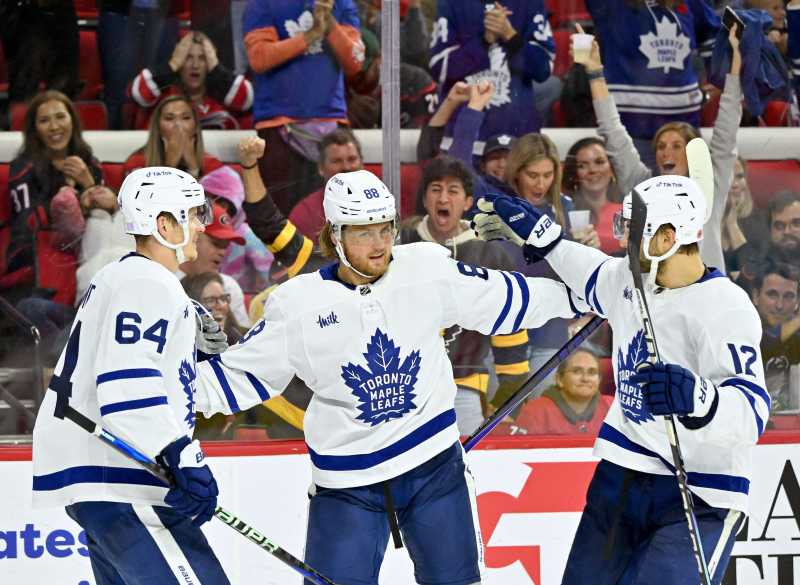 After a difficult start to the season, the Toronto Maple Leafs found their way back to victory despite a carnage among goalies.

On Sunday, the organization of Ontario posted a third straight win after winning just four of their first 10 games. The Leafs defeated the powerful Boston Bruins and the dangerous Carolina Hurricanes.

It all comes as Matt Murray has been sidelined since October 15 and Justin Holl's name is also on the injured list. Saturday, against the Bruins, Ilya Samsonov joined them and should miss at least a week of activities.

“With the nature of the injury and probably because of his position, more specifically, it will take more than a week,” head coach Sheldon Keefe said on Sunday, according to the official website of the National Hockey League (NHL).

Not just anyone who

It is therefore Erik Kallgren who must take over. He did it brilliantly on Sunday against the Hurricanes, stopping 29 pucks in a 3-1 win. On the bench was a certain Keith Petruzzelli, who had hastily accepted an entry contract a few hours earlier.

The signing of this pact was perhaps hasty, but expected by both parties. Drafted in the third round by the Detroit Red Wings in 2017, Petruzzelli is posting a perfect 6-0-0 record and .922 save percentage with the Toronto Marlies this year.

“Our organization had identified him as a player we could work with to develop him, Keefe said. He's not a guy who comes out of nowhere. Granted, his signing is probably fast-tracked given our circumstances, but he's a guy our organization believed in and, frankly, the way it was going, his signing was somewhat inevitable.”

Regardless of the identity of the goalkeeper, this weekend was to be a decisive moment for the team. This was revealed by Mitch Marner, who cannot hide his happiness at the results obtained.

“We talked about this important weekend for us, in particular the two games in as many days against two great teams, Marner revealed. I think in both games, defensively speaking, we did what we wanted.”

“We achieved our goals. Have a great weekend.”