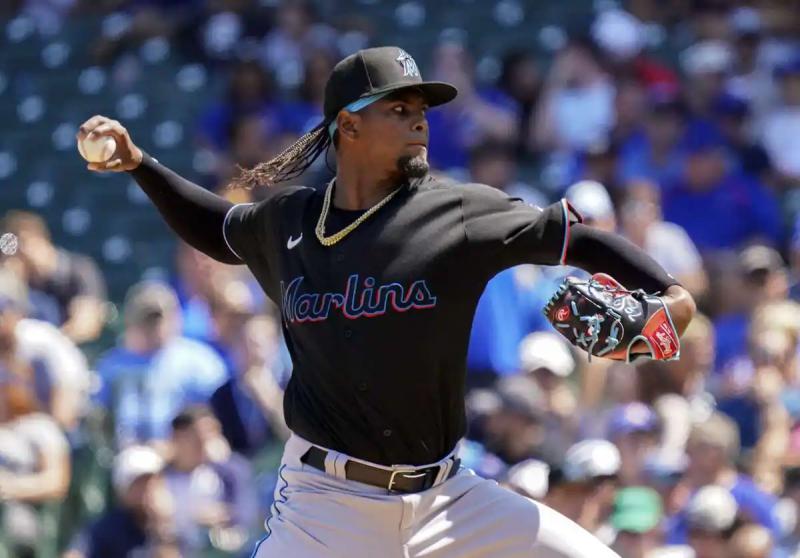 Charles Leblanc will have to wait before savoring his second victory in a Miami Marlins uniform, since the Miami club lost 2 to 1 by the Cubs on Friday in Chicago.

The Quebec club had a narrow lead of one run and had allowed only one hit after seven innings. The crowd favorites showed their teeth on their eighth turn at bat, however. Williams Contreras kicked the ball out of bounds with Nick Madrigal already on second base. The Marlins then came up against reliever Rowan Wick and the opposing defense in the ninth.

Going back to Leblanc, the third baseman had a hand in securing his team's lone run. In the seventh inning, he singled out Erich Uelmen, who had just landed on the mound. The Laval native was then replaced by Luke Williams on the cushions. Two batters later, Joey Wendle hit a single that propelled the substitute to the plate.

In his first appearance at the plate, in the third turn at bat for his team, Leblanc also obtained a single. His teammates, however, were unable to allow him to go around the trails. The Belle Province representative was also struck out by Justin Steele on his second attempt at the plate.

The victory went to Wick's record (3-5). Cubs starter Justin Steele also had a good outing, giving up four strikes from the safe and one walk in four and two-thirds innings of work.

It's reliever Dylan Floro (0-1) who suffered the setback. We must also highlight the brilliant performance of gunner Edward Cabrera. Starting the game for the Marlins, the 24-year-old allowed no hits and struck out eight opponents. In total, all of the losing team's pitchers, except for Floro, gave just one strike to safety.

Leblanc and his Marlins teammates will return to the Cubs on Saturday after midday as part of the second game of three presented at Wrigley Field.