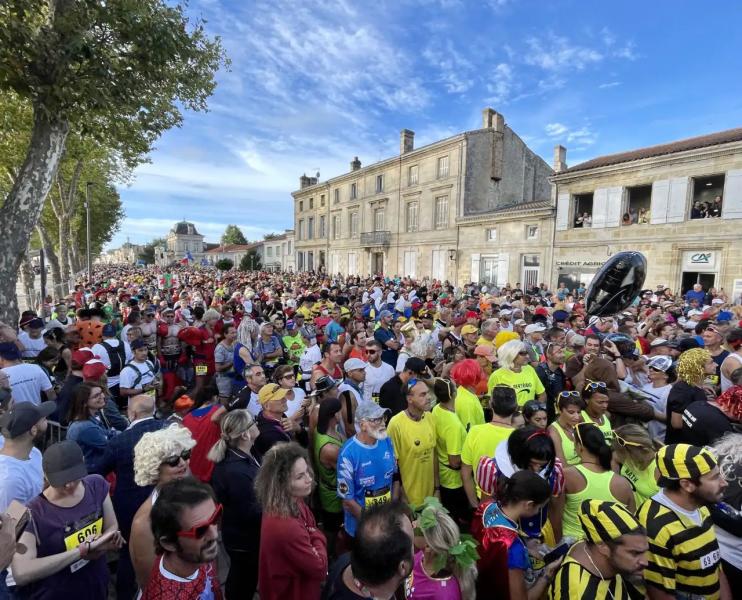 The Bordeaux vineyard has often been the object of ridicule from its Burgundian rivals. The latter like to repeat that in “Bordeaux, there is nothing to taste, but everything to sell, whereas in Burgundy there is everything to taste, but nothing to sell”. Listening to them, the wine lover quickly thought that the doors of the castles of the Gironde were all closed to him. Admittedly, the Bordeaux region was perhaps a little behind in terms of wine tourism, but it is catching up at high speed.

I have just returned from a one-week stay in the Médoc vineyard, after ten years of absence. It's a long time, ten years. Enough, in any case, for a metamorphosis. The region has retained its princely elegance, but today there is a spirit of openness and a welcoming, even warm atmosphere. Wine tourism is no longer limited to a few handpicked addresses, it is becoming the norm – in all the appellations of the peninsula and at all levels of the pyramid. Even the prestigious Crus Classés are following suit.

Several estates offer historically flavored tours, others have a more playful approach, some offer immersive sensory experiences and take care of children while parents taste. Many castles have been converted into charming hotels, allowing you to eat, sleep and wake up in the middle of the vineyards. More than ever, the Médoc has everything to seduce wine travellers. In the meantime, these few wines for a return trip to the Gironde, in economy class.

This sister property to Léoville-Barton and Langoa-Barton (in Saint-Julien) is managed by Mélanie Barton, an oenologist by training, who joined her parents in 2013. The second wine she produced in 2015 is not particularly dense and stands out for its suppleness and freshness, which takes on its full meaning at the table. Opened and ready to drink.

Listrac-Médoc, the smallest appellation of Bordeaux (300 ha claimed), has a great variability of terroirs. The Forcas Hosten vineyard has been certified organic since November 2020. Already open and ripe, without showing any signs of fatigue, the 2012 reveals itself more on the palate than on the nose. The attack is velvety, the black fruit rubs shoulders with notes of undergrowth, cedar and blond tobacco. Return to outlets imminent.

This Haut-Médoc property is located in the town of Vertheuil, neighboring Saint-Estèphe to the west. In 2016, a very good vintage in Bordeaux, the Richard family produced a fairly fleshy wine, now open and ready to drink. The Cabernet Sauvignon's tannins have softened over the years; the palate is velvety, flowing, with fruit in reserve. A wise purchase under $20

Château Cos Labory, Saint- Estèphe 2016, Charm of Cos Labory

This Saint-Estèphe property not only benefits from an excellent terroir. Neighboring Cos d'Estournel, it is also maintained with great rigor by Bernard Audoy. Its second wine is very typical of the appellation, with all that implies of tannic firmness, but also of aromatic depth and length. The grain is velvety, but compact, and the finish offers hints of black cherry, aromatics and cocoa. Already excellent, it could improve further by 2026.

The Médoc is first and foremost the name of a peninsula that extends northwest of the city of Bordeaux and is home to the prestigious terroirs of Margaux and Pauillac, among others. It is also the name of an appellation located in the north of the peninsula, and whose wines, in general, are less complex than those of Haut-Médoc, further south. The wine of this neighboring property of Potensac is composed of Cabernet Sauvignon and Merlot in almost equal parts. A fine example of a supple, suave and streamlined wine in a flattering and approachable style.

More stars than dollars: worth its price.

As many stars as dollars: worth its price.

Fewer stars than dollars: the wine is expensive.