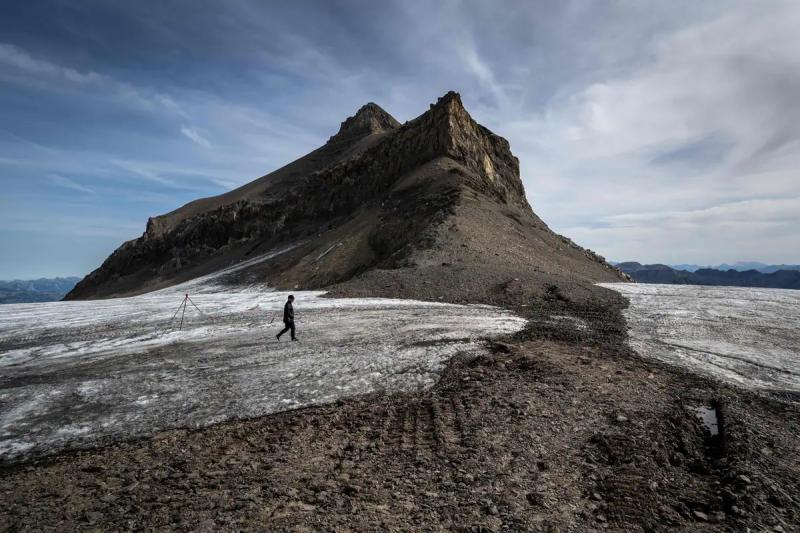 This strip of land at the Col de Tsanfleuron had not been in the open air for more than 2000 years and Roman times. A dry winter and the heat waves that scorched Europe this summer got the better of the ice that was still resisting.

The pass is located at the junction of the Tsanfleuron glacier and that of Scex Rouge at just over 2800 meters above sea level between the canton of Vaud and that of Valais in the south-west of Switzerland. It is located in the Glacier 3000 ski area.

For the past few days, a strip of land has been totally in the open air, while, as Glacier 3000 recalls in a press release, “in 2021 measurements had revealed an ice thickness of about 15 meters at this location”.

“The summer of 2022, which followed a sparse winter in precipitation, is indeed catastrophic for glaciers,” the statement noted.

For Dr. Mauro Fischer, glaciologist at the University of Bern, “the loss of thickness of the glaciers in the Diablerets region will be on average 3 times higher this year compared to the last 10 summers”.

But the phenomenon of melting – now accelerated melting – is far from isolated to this part of Switzerland.

< p>Glaciers there have lost half their volume since 1931, according to a study published in August, by scientists who have for the first time reconstructed the retreat of glaciers in the 20th century.

The melting of glaciers in the Alps – which experts attribute to global warming – has been closely monitored since the early 2000s. p>

To better understand their evolution, researchers from the Swiss Federal Institute of Technology Zurich (ETH Zurich) and the Federal Institute for Forest, Snow and Landscape Research (WSL) have reconstructed the topography of the set of Swiss glaciers existing in 1931.

“Based on these reconstructions and comparing with data from the 2000s, the researchers conclude that the volume of glaciers was halved between 1931 and 2016” , according to ETHZ and WSL.

The study, published in the scientific journal La Cryosphère, indicates that glaciologists used archival images (21,700 photographs taken between 1916 and 1947) covering 86% of the Swiss glacial surface and stereophotogrammetry, a technique which makes it possible to determine the nature, the shape and the position of an object thanks to images.

According to scientists, glaciers have not retreated continuously over the past century, with even episodes of mass growth in the 1920s and 1980s.

Despite this growth over periods of In the short term, “our comparison between the years 1931 and 2016 clearly shows that there was a significant glacial retreat during this period”, according to one of the authors of the study, Daniel Farinotti, professor of glaciology at the ETHZ and the WSL.

Glaciers are now melting at an increasingly rapid rate.

Matthias Huss, the director of GLAMOS talks about record year 2022. “Other years like 2011, 2015, 2018 or even 2019 had already seen a very strong meltdown. The year 2022 is really different and breaks all records,” he told ATS-Keystone in September.

He is due to publish a full report in the fall.