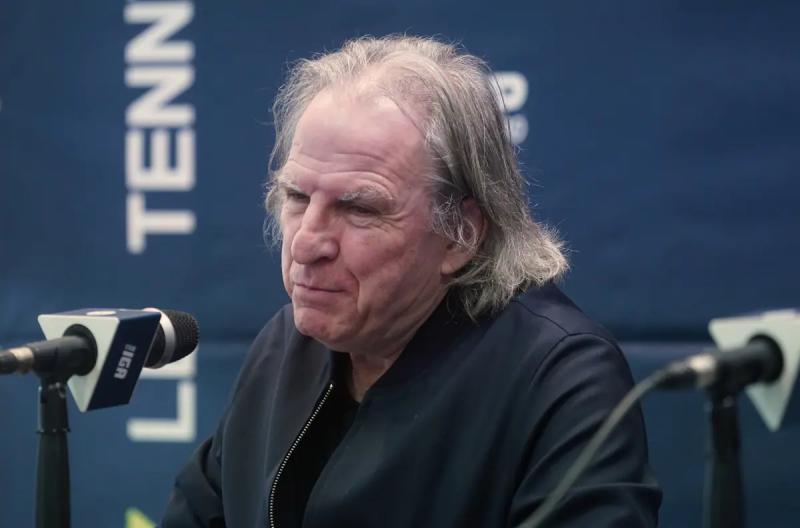 Eugène Lapierre has rubbed shoulders with big names in tennis over the past 21 years. A privileged witness to the arrival of the “Big Three”, the rise in the rankings of Félix and Leylah, the phenomenal growth of his favorite sport across the country, the former director of the National Bank Open told the ” Diary” some anecdotes and highlights of his two decades at the helm of the tournament.

Kyrgios' reputation was not overrated

“Wawrinka had not heard, but Kyrgios' comments were on TV because of the microphones on the ground,” explains Mr. Lapierre. At a press conference, a journalist informed him of what had been said. Wawrinka was furious! It's like he just lost face in front of everyone. He quickly went down to the locker room, where Kyrgios was still. They had to be separated, because it was likely to degenerate quickly. »

Nadal, the superstar with good manners

The three members of the “Big Three” each marked Eugène Lapierre in their own way. According to the ex-director, the Spaniard Rafael Nadal is not only spectacular on the pitch. He is also so by “his humility”.

“It's really impressive,” said Mr. Lapierre. He is careful with the volunteers, with everyone. He was the guy who could walk into a building, see people behind him, then wait to open the door for them and let them through. I found his candor very interesting. He is an ordinary and impressive guy at the same time. »

Perfection exists and is called Federer

The aura of perfection that surrounded the Swiss Roger Federer throughout his legendary career was not overrated, believes Mr. Lapierre.

“Federer is only top class. He realized the impact and reach he could have with everyone. He never wavered, made special requests. He was very happy to come to Montreal, he was always very nice. With him, there is not a hair sticking out, as they say! It was very Swiss in attitude. A perfect guy, who was also perfect on the pitch. »

Djokovic is really the “Djoker”

The nickname “Djoker” which Serbian Novak Djokovic inherited very early in his career suits him perfectly, according to the former big man of the Montreal event.

“He always wants to please the public in different ways, he recalls. He dances with the ball hunters on the field… At one point he asked me if we could get him a Segway [a small two-wheeled vehicle], so he could get around the site . We couldn't find any, and anyway, his agent said, “Never! “He is very nice to everyone. He is a teaser, who always wants to make people laugh. »

The Williams sisters are not presented in Montreal with great attendance over the their career, but Eugène Lapierre remembers very well the passage of the eldest of the duo in the metropolis, in 2014. The American was then inclined in the final in front of the Polish Agnieszka Radwanska.

< p>“Venus had an incredible kick on Montreal! he throws. In her interview after her last match, she made a big plea for the city. She had said that there were many places she loved around the world and Montreal was one of them. That it was an incredible city, very friendly. She said she had to have a Quebec soul. I couldn't get over seeing this great American player who was arriving in Montreal for the first time and saying that. »

Shapo-Nadal, the changing of the guard

Two games played in Montreal have particularly marked Mr. Lapierre over the past two decades and, each time, they featured Rafael Nadal.

“We talk about the changing of the guard in modern tennis, but the 2005 final, against Andre Agassi, was one too. Agassi had the chance to win one of his last Masters tournaments and played in the final against the young Nadal. It was quite a match, in three rounds and Nadal came out on top. A few years later, in 2017, Denis Shapovalov signed his famous victory against Rafa. It marked the start of a change in Canadian tennis, in the running of the tournament. It showed that our players could beat anyone. It was a key game. »

Ready to dismantle the stadium after the final

Eugène Lapierre also witnessed some big changes that helped to grow the visibility of the Montreal tournament internationally. In 1995, Mr. Lapierre was not yet the event director, but he was already working for Tennis Canada.

“One of the pivotal moments was when we built the big stadium. The last final played in the old one was between Andre Agassi and Pete Sampras. It was a memorable moment, fans had been well served. After the game, the ATP was waiting for me at the door to start dismantling the bleachers. The new stadium, which is no longer so new, has been a huge game-changer. »