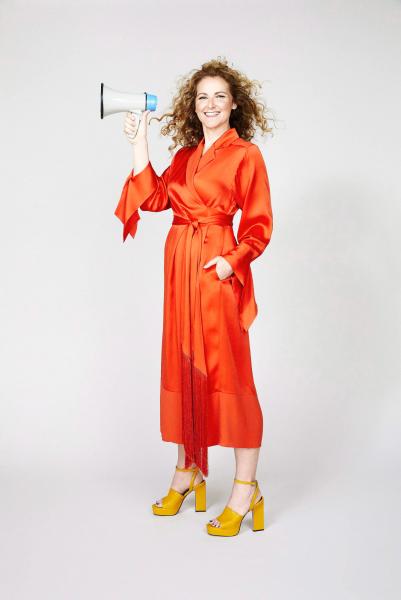 Benevolent, committed, well-researched and presented in a clear and methodical way, the new book by the famous American gynecologist-obstetrician Jen Gunter, The Manifesto of Menopause< /em>, is a must for dismantling the stubborn myths that persist about an inevitable passage in the lives of women. She lifts the veil on everything related to perimenopause, from hot flashes to hormonal treatments, including sleep and eating disorders, mood swings and libido.

Dr. Jen Gunter's book with a feminist approach is truly topical. When it was released in English in 2021, it made it to the New York Times charts.in the USA. In English Canada, it sold 20,000 copies in two months. This shows how much women seek relevant information on this subject!

The Menopause Manifesto presents menopause as a change in women's lives, and not a fatality. The specialist explains in detail what menopause is, and why understanding your body is a feminist approach, and reminds us that it is a sign of strength, not weakness.

She explains in detail what changes: the effects on energy levels, vasomotor symptoms (hot flashes), great menstrual chaos, bone health, cognitive fog, fatigue, sleep disturbances. She goes around the treatments and separates the reality from the marketing side of hormone treatment.

In her book, Dr. Jen Gunter describes all the changes that occur: they are not necessarily pleasant and vary for every woman. And it's not something imaginary: it's physical.

“Having periods at any time, which are very heavy and dirty your clothes, is quite disturbing, isn't it! Most women are very annoyed by this,” she said in an interview.

So there is the issue of menstrual irregularity. But still?

“Some people describe brain fog): they forget things, walk into a room and wonder what they are doing there… This is a common and disturbing experience. But the good news is that it is temporary. The brain repairs itself.”

“Menopause is one of those things about which the more you know, the better it's happening,” she says.

Does she feel that menopause is still a taboo subject?

“There's a lot of ageism, isn't there? It makes women feel like they don't belong, they don't help. But more people are talking about menopause. This is a good thing. But it also means that some people are trying to make money.”

“A lot of people talking about menopause on social media are trying to sell their supplements, their diets, all kinds of things that could possibly help you”, she warns.

But why not go to the doctor's office before swallowing anything?

“There is a mistaken concept that what is natural is safe. A lot of people believe that.”

In her book, the specialist talks about meno shaming – a kind aura of shame surrounding menopause and female aging.

“Society treats postmenopausal women like second-class citizens. If you want to buy clothes, for example, and there is no one who looks like you on the side of the models.

“There is this. But there is also the fact that there are a lot of false messages circulating. Because of our aging society, people are offering 'fountain of youth' style products… Of course, people can be very vulnerable.”

♦ La D< strong>re Jen Gunter is an obstetrician-gynecologist specializing in the treatment of pain.

♦ She fights fiercely against scientific misinformation and dedicates her professional life to women's health, with a mission to build a better medical Internet.

♦ The Menopause Manifesto, her third book, was released in English in 2021 and topped the New York Times charts >.

“I remember asking a charming young woman for a tampon one evening in a bar so that, as I approached fifty, I had my period at a time when I was not expecting it. She gave me a “regular” size one and I almost burst out laughing as I thought it was tiny for my massive mature woman periods. But at the same time, it made me happy; it's as if someone had told me: “You don't look your age”. I was 47 years old, and I had reached “a great plus or nothing”. I even took the opportunity to explain the heavy periods of the end of quarantine to this young woman and her friends, who looked at me with a horrified look.