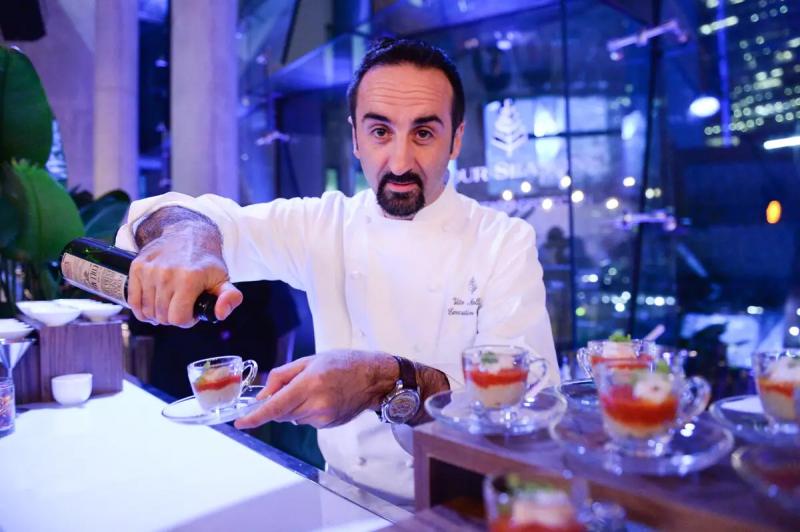 The Michelin guide, an international gastronomic reference, published its very first Canadian edition on Tuesday in which it highlights 74 restaurants in the country's largest city, Toronto.

The inspectors awarded one star to twelve restaurants for “quality cuisine, which is worth stopping by” and two stars to a single lucky winner for a “excellent food worth a visit,” writes the guide.

“Toronto is showing that it deserves to be the very first Michelin guide selection in the Far North,” Gwendal said in a statement. Poullennec, international director of the Michelin guides, referring in particular to the “diversity of the selection” which reflects the “cosmopolitan soul” of the Queen City.

Since May, inspectors have been traveling anonymously through the culinary establishments in the city, judging restaurants according to a methodology that the organization keeps secret.

Among the thirteen winners, we find a diversity of cuisines ranging from contemporary gastronomy to Italian, recognizing in particular the Japanese cuisine, which received the most stars, including the only two stars oils.

The Michelin guide has also recognized the quality of the gastronomy of 17 other restaurants offered at a reasonable price.

Three other special awards for the quality of service, sommelier and cocktails were also awarded.

“Toronto was already a multicultural place where people meet to enjoy architecture, the arts and nature, it is now becoming a world-class destination for gourmets too”, concluded the director of the Michelin guides.