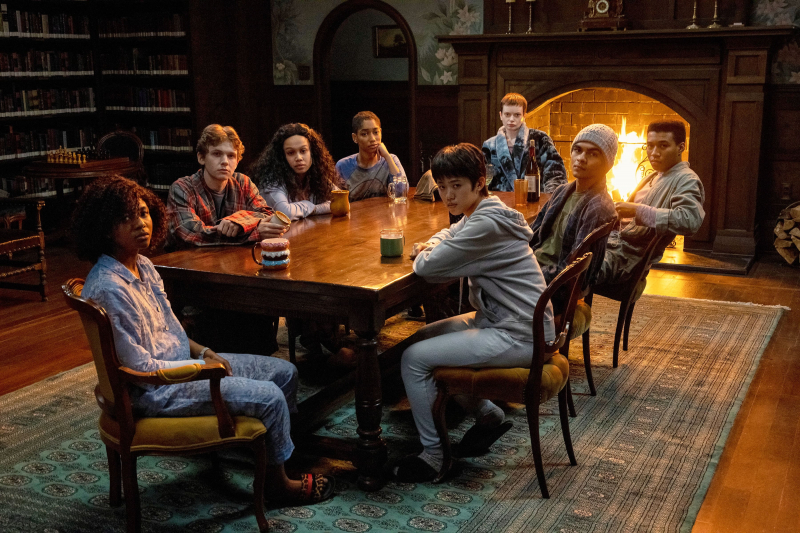 After wowing back and forth with The Haunting of Hill House, The Haunting of Bly Manor and Midnight Mass, Mike Flanagan delivers his first disappointment with < /strong>The Midnight Club, a soporific and cutesy new series landing on Netflix this weekend.

Mike Flanagan's track record was, let's face it, immaculate. His journey, stellar. Over the past few years, the name of the American director had become such a guarantee of excellence that his fans were (almost) salivating at the announcement of each of his new projects.

We were elsewhere of those who were impatiently awaiting his Midnight Club, adaptation of the best-selling novel by Christopher Pike. On paper, all the elements seemed to come together to give young – and old – an instant classic like Are You Afraid of the Dark., in Quebec). But the reality is quite different. Unfortunately.

We infiltrate here, during the 10 episodes, this Midnight Club made up of eight teenagers, all condemned by the disease. Settled in a “transition house” (no more or less than a chic hospice for terminally ill youth) where they bide their time in material and opulent comfort, our heroes meet in the middle of the night to tell gloomy and sinister tales.

In addition to drawing his material from Christopher Pike's book, Mike Flanagan takes the opportunity to adapt certain other works by the author, staging them within the framework of these sessions from midnight. The problem? The vast majority of them are sloppy; corners are cut here so that their plots can be condensed into minutes, stripping them of their substance. endearing, camped by unconvincing young performers. The only – and slight – consolation: we find with great pleasure Heather Langenkamp, ​​actress canonized by fans of A Nightmare on Elm Street, the horror saga in which she escaped the clutches of the infamous Freddy Krueger.