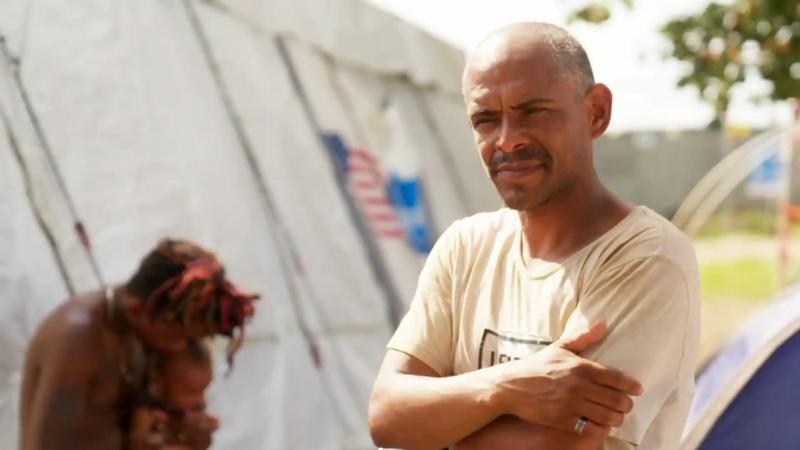 A man from Venezuela had to make a heartbreaking choice during his journey through the Darién: abandoning his wife in the jungle to give his daughter a chance to survive the crossing.

“I was walking, but everyone was walking faster than my wife,” said Franklin, 38, as he emerged from the Panamanian jungle. So the guide left us, and I stayed with my wife and one-year-old twin daughters. On the third climb, my wife passed out.”

Aware that the jungle is extremely hostile for everyone – but even more so for an infant – Franklin made the decision to continue on the road with his daughter, but without his wife. He believed, at that moment, that he would never see her again.

“It was very difficult, because I had to choose between the life of my wife and that of my daughter”, says he.

Especially since, earlier in the day, the Venezuelan had had to entrust one of his twins to a stranger; it had become too difficult to progress through the jungle with two small children.

“At the end of the day, I still hadn't heard from her,” he explains , still emotional.

Miraculously, the family was reunited a few days later. Despite leg injuries and an episode of hypoglycemia, the woman is doing well overall. From now on, nothing can get in the way of this little family, assures Franklin.

“Now, we are trying to continue to achieve our dream: to arrive in the United States”, explains the Venezuelan, whose destination is Atlanta or Washington DC.