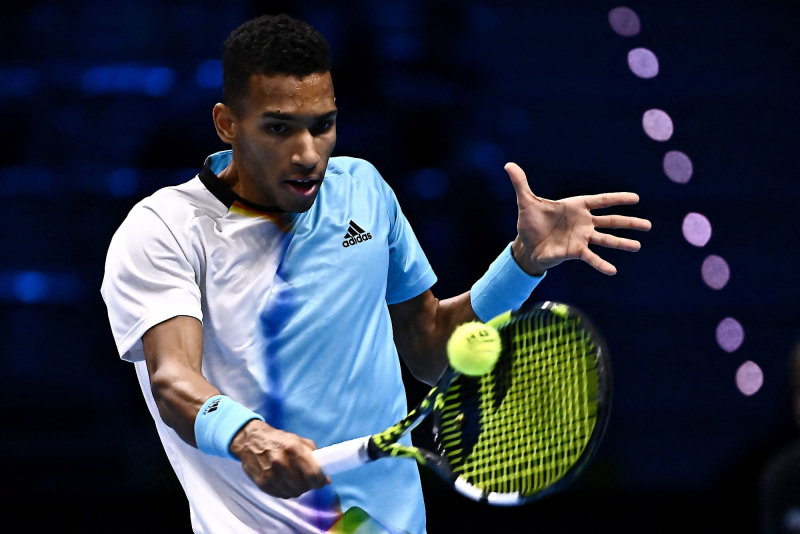 TURIN | There is a difference between dreaming and living your dream. Félix Auger-Aliassime has noticed this since his arrival in Turin on Wednesday.

This end-of-season championship, the 22-year-old has made it his goal since his adolescence. He's spent the last few weeks racking up the tournaments — and luckily for him, the wins — in order to get there.

” It's strange. I had the stress and the pressure to qualify for this tournament, especially the way I did [by winning three tournaments in a row]. But when we get here, we still have games to play. It's not like I qualified and could rest! launched the Quebecer with a laugh on Sunday.

“It would be a mistake to just be happy to be here. I thought I might be stressed in my first game, but from the first ball, I felt normal. It looked like a normal match, which could have been played anywhere. »

The opponent and nothing else

But the Pala Alpitour in Turin is not just anywhere. The atmosphere is electric.

Not necessarily in the stands, about three-quarters full on Sunday. But the electric blue lighting and the claps of thunder that ring out with every ace and break point stand out from what you see elsewhere, even at the US Open.

The Greatest Eight of the season are gathered there. So we do things big. And that, Félix saw.

“It’s almost what we know best on the circuit, pointed out Auger-Aliassime. Everything is well organized. But it's funny, because once on the court, all that matters is the opponent in front of me. It didn't bother me that much. »

In addition, during his journey to the semi-finals of the Masters 1000 in Paris two weeks ago, the 22-year-old was seen a few times blowing his nose.

While a mild seasonal cold bothered him a bit in the French capital, he claims to have recovered well since.

And he believes that his 16 consecutive victories — and the fatigue that entails stems — didn't catch up with him on Sunday against Casper Ruud either.

Because many players on the tour are complaining about the seasons that are stretching out longer and longer. Some lament the injuries that this sometimes causes. But not Auger-Aliassime, despite the grueling streak he has just experienced.

“Maybe we should prepare better, he said, smirking. In everyday life, people prepare for much more difficult things than what we do as athletes. »

“[…] For me, whether we are at the start or at the end of the season, my motivation is the same,” he also said.