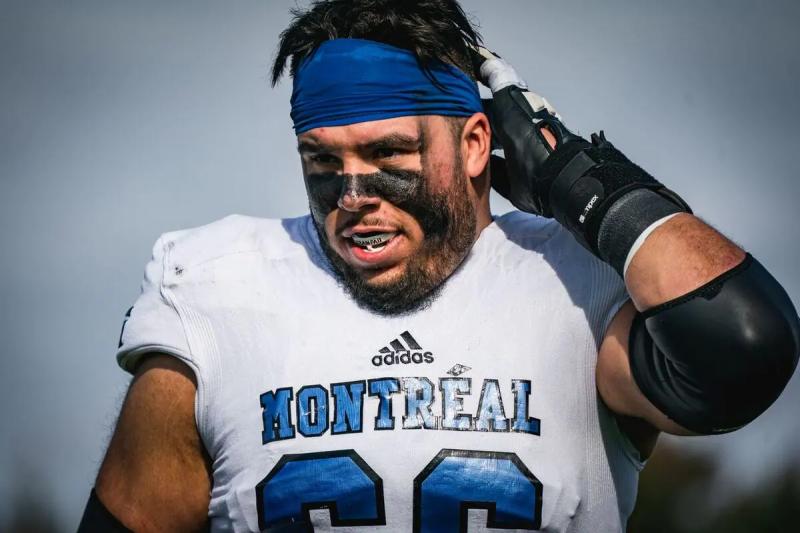 MONTREAL – More than a month and a half after joining the Alouettes, offensive lineman Pier-Olivier Lestage will get his first career start in the Canadian Football League.

On Wednesday, two days before the duel against the Hamilton Tiger-Cats at Percival-Molson Stadium, interim head coach Danny Maciocia confirmed that the 25-year-old would take Philippe Gagnon's place as left guard . The latter is bothered by back pain.

“I can’t wait and I’ve been talking about it for a long time. It was expected of me. Since I've been here, I've been working hard to achieve this goal and it's finally happening this Friday. I'm ready,” said Lestage.

As soon as he arrived with the Alouettes, the Quebecer had been vocal about his desire to see the field, after having spent a year on the practice team of the Seattle Seahawks.

“I am a competitor and I want to play, said the product of the Carabins of the University of Montreal. I've been with the team for a while. I would not hide that there were certain moments when I felt a little frustration not to play. However, I will always put the team first.”

Lestage never spoke of his “little frustration” to his coaches or teammates. Maciocia was not fooled, however, and he knew very well that his young athlete was eager to prove his worth.

“P-O, he is a person who is naturally impatient. He is a fierce competitor and he wants to play. That's what I want to see from all of our players, I hope they're all here with the anger of wanting to play,” said the Sparrows driver.

The offensive lineman, however, thinks that having had other experiences before getting his first start will allow him to be better prepared for this new challenge.

“It could have been a little bit earlier, but I also think we took the right steps,” Lestage said. I started by taking more reps. I was then used as a centre-back. I also saw playing time against [the Lions] of British Columbia. It's the normal course of things.”

Now that he's gotten the chance to be a consequently, Lestage wants to make sure to remain so. For that, he must supplant Gagnon or another player on the offensive line.

“Obviously that is the most difficult aspect of the thing, because there are some will be happy and others who will not be in this kind of situation. Now where we are, we understand this aspect of professional sport. It's a 'business,'” Lestage expressed.

“I don't get paid to worry about this though. My job is to play football.”