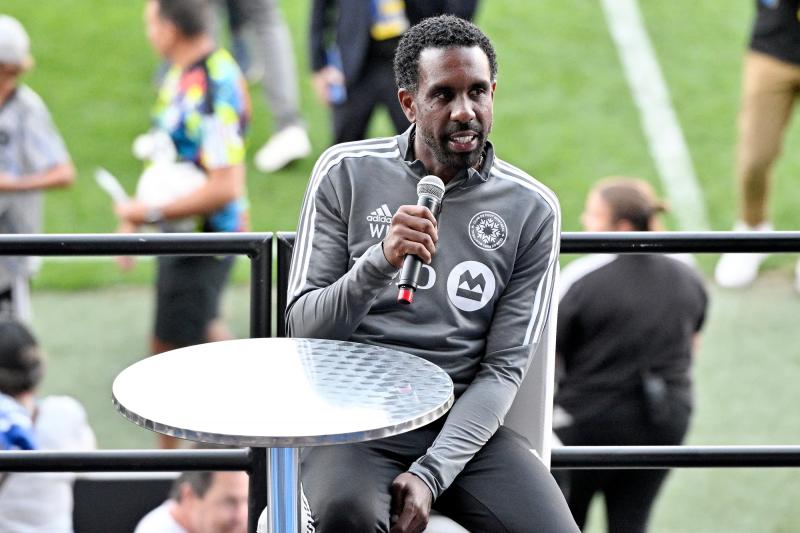 If we find CF Montreal a few points from first position in the MLS Eastern Conference, it's because the players are doing a good job, but it's mainly because Wilfried has put in place a system and a philosophy that pays off.

The Montreal head coach first put in place a system that is based on the collective rather than on individual skills .

That's why, even if he makes changes to his squad, efficiency doesn't suffer.

Last Saturday, Joel Waterman was in central defense in place of Rudy Camacho and Gabriele Corbo took the place of Waterman. Sebastian Breza, for his part, found the net in place of James Pantemis without anything appearing.

“Last year, I said that my choice was going to be made on several things. There is the performance, but there is also the tactical aspect, the mental aspect and the timing,” explained Nancy.

Alistair Johnston showed obvious enthusiasm for the system advocated by his boss.

“It's not easy to find a system like that and there's a reason why few teams advocate it. That's why I consider Wil and the staff should be in the running for Coach of the Year.

For the Canadian defender, this is the best way to optimize a squad when financial means are limited.

“If you look at the other teams, the players and the money they have, they can take advantage of it. It is impressive what our coaches have managed to do. “

Johnston really likes to play like that because it brings a certain confidence in terms of consistency.

“It's really nice to play in a system like that because you know that no matter what happens, the next player can stand up and play the same role.

“It's also great because we don't worry so much about the team we're playing and wondering what we need to change, we have the same game plan and we evaluate how we can use our system the more effectively against the opposition.

“By doing that, we force other teams to play against us rather than having to adapt to them and that makes a big difference. »

But that's not all, there is also the style of play that challenges received ideas.

Nancy shows a bias towards building from behind and this has forced Johnston to revisit what he has learned so far.

“It is in a way a rescheduling because there are so many preconceived ideas about things that should not be done in football and here we want to do them.

“We are asked to be more patient with the ball in order to stretch the opposing lines a little more. It's a bit like teaching an old monkey how to make faces, it goes against our instincts. “

According to the 23-year-old full-back, it's a way of playing that has allowed him to take a tactical leap.

“It's me opened my eyes to another way to play, I see the game in a new light. I progressed in terms of football because it allows me to learn other systems and it is information that is incredibly useful.

Kei Kamara, with a thigh injury, and Rudy Camacho, with a shoulder injury, trained with the team on Monday and are expected to be available for the Sunday game.