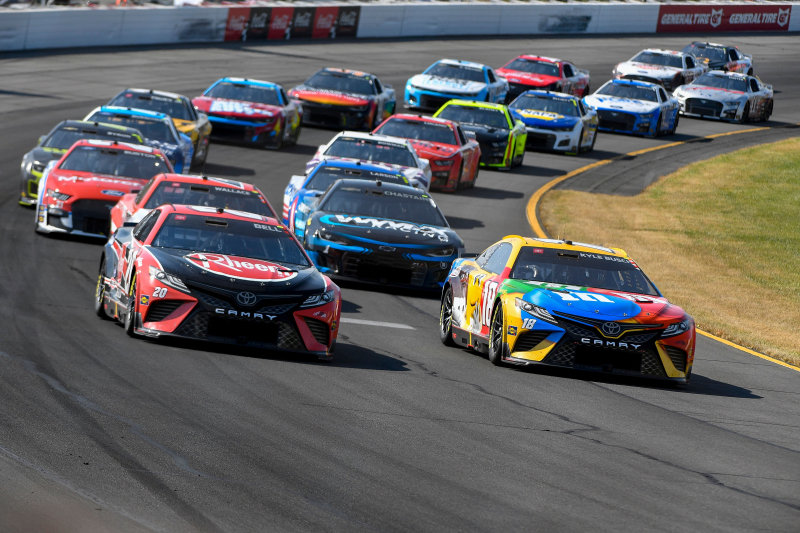 TROIS-RIVIÈRES | The leaders of the NASCAR Cup are currently hard at work developing a new “unpublished” calendar for the 2024 season, which would see the addition of new stops including Montreal.

According to several sources, fed by social networks and certain specialized sites, the queen category of the American stock car plans to exploit new markets while increasing from 36 to 40 the number of races organized next year.

Over the past few months, NASCAR President Steve Phelps has made no secret of his intentions to revamp a schedule that would include more events contested on road courses.

However, the Circuit Gilles-Villeneuve would, it seems, be a favorite target for NASCAR. The City of Montreal allows the use of the Île-Notre-Dame complex for a second racing weekend of the year.

Especially since the new facilities, inaugurated at the Formula 1 Canadian Grand Prix in 2019, would be attractive to attract the NASCAR circus and its big stars including Chase Elliott, Kyle Larson, Kyle Busch and others.

The date of August 16 brought forward

The Xfinity Series, NASCAR's second division, moved to Montreal from 2007 to 2012, but the adventure was abandoned due to its rather… mixed popularity.

However, the situation would not be the same with the probable arrival of the NASCAR Cup cars. Quebec has a good pool of stock-car enthusiasts and the event would also attract an American public living in the neighboring states of La Belle Province.

When it comes to the NASCAR Cup and the Xfinity Series is like comparing the National Hockey League and the American League.

Last August, the Journal had already raised the possibility of a NASCAR Cup race in the “near” future.

A draft schedule, recently published on the beyondtheflag.com site [but which NASCAR did not want to comment] notably mentions a stage of the NASCAR Cup which would take place on August 16, 2024 at Circuit Villeneuve and another hit the streets of Brooklyn, NY on July 21.

This calendar also reveals a foray likely in a third North American country, Mexico, which would host the NASCAR Cup at the El Dorado track, a short oval track located in the Chihuahua City area. The advanced date is March 17, 2024.

Furthermore, we note, still according to rumours, that NASCAR plans to present its first race of the 2024 regular calendar on the Las Vegas circuit, on March 10 February, on the eve of the Super Bowl, the great mass of American football which will also take place in the capital of the game.

If this is the case, the mythical complex of Daytona would not be the inaugural round of the Championship for the first time since 1981.