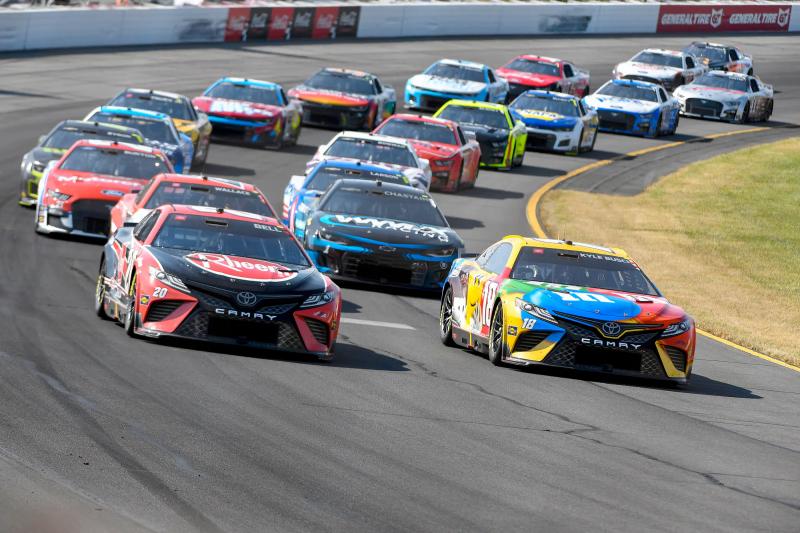 TROIS-RIVIÈRES | No major NASCAR division has stopped in Canada since 2019, but a new foray north of the border is not excluded.

The Grand Prix de Trois-Rivières had a distinguished guest today, in the person of Steve O'Donnell, chief of operations within the renowned banner which manages the stock car in the United States.

As expected, several questions from media representatives focused on a possible return to Montreal of an Xfinity Series event (called “Nationwide” at the time), which after five years (from 2008 to 2012) , has been scratched from the calendar.

But O'Donnell went a little further during our conversation by citing the NASCAR Cup, the queen discipline of the stock car.

“I make no promises, he said, but we are open to any discussions. We realized the importance of the Canadian market a long time ago.

” My visit here to Trois-Rivières only confirms the passion of the Quebec public for NASCAR. “

However, the promoter of the Nationwide race at the time, François Dumontier, had given up on the NASCAR adventure at the Gilles-Villeneuve circuit, after the leaders of the series had ruled out any possibility of possibly running the cars of the Cup in Montreal.

More races on the road circuit

“The context has changed over the past few years,” O'Donnell hinted. And the NASCAR Cup is opening up to new destinations and particularly to events contested on the road circuit.

“ We know, however, that the presence of Canadian drivers in the NASCAR Cup would be beneficial to boost the outfit of such a race in Montreal.

“ Our challenge is to promote the emergence of Canadian talent through the Pinty's series.

“This series has tremendous potential and we want it to take it to the next level to enable its most gifted drivers to climb the NASCAR ranks.”

But, fans stock-cars should not get carried away too quickly before hoping to see the Kyle Busch, Chase Elliott, Kyle Larson and other tenors of the specialty land in Montreal.

If the City of Montreal allows the presentation of a second weekend of races at the Gilles-Villeneuve circuit after the F1 Grand Prix of Canada, it will be necessary in particular to find a promoter and especially financial partners, read major sponsors.

One thing now seems certain: the NASCAR Truck Series, which moved to Ontario's Mosport circuit from 2013 to 2019, no longer has a future in Canada.

It is rather the XFinity series that would ensure the succession.

“The arrival of the pickup trucks hasn't generated the desired enthusiasm in Canada in terms of visibility, underlines O'Donnell, but one can believe in the chances of the Xfinity series. “

He claims it's realistic to think that, in the not-too-distant future, NASCAR's second major division cars could be roaring the streets of Trois-Rivières.

« Again once, I don't make promises, but we are willing to start talks,” added O'Donnell.

Mosport wants his race too

But there are obstacles in front of the GP3R.

The Xfinity series would have reached its maximum of road course events; however, the Mosport circuit also covets a stage in this series after losing the vans.

Finally, O'Donnell was full of praise for the GP3R, saying that “this event was a pride for NASCAR and that other touring series [in Europe and Mexico] should take inspiration from it.”