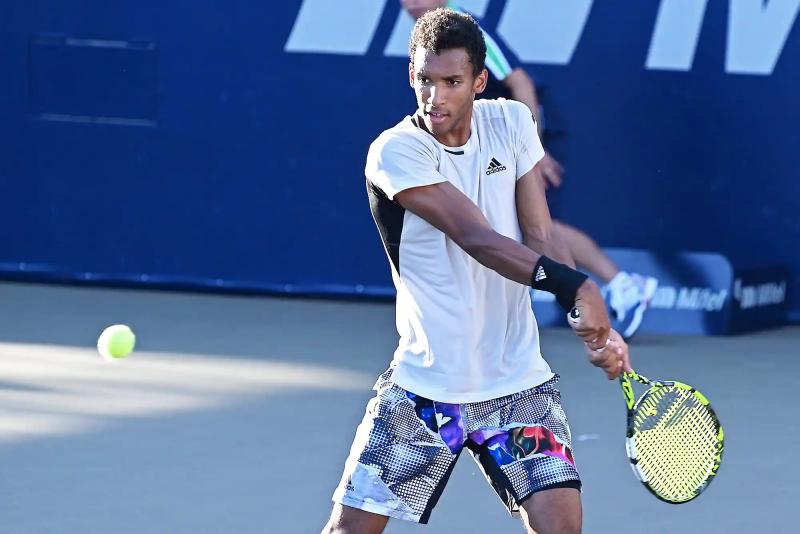 The National Bank Open, presented by Rogers, is part of the ATP Masters 1000 category and WTA 1000 category tennis tournaments. This year, the IGA Stadium will host professional men's tennis.

Quebecer Félix Auger-Aliassime is one of the headliners of the National Bank Open, which begins Monday at IGA Stadium in Montreal.

The sun was blinding for the leaders of the DoubleTree by Hilton Dorval hotel chain, Maria Zell Royer, Charlotte Guerre and Jenifer Chevalier, as well as Johann Le Minez, of the corporate partnerships team at Tennis Canada.

< p>The dynamic Armando Arruda, director of catering at The Fairmont The Queen Elizabeth, is surrounded by members of his team, Adeline Wimmers, Thierry Dufresne and Jérémy Lavallée, from the Carabins football team.

Martin Laurendeau, National Coach for Tennis Canada, overseeing the transition program for male athletes, told me that Quebecer Jaden Weekes is one of the best prospects for the next generation.