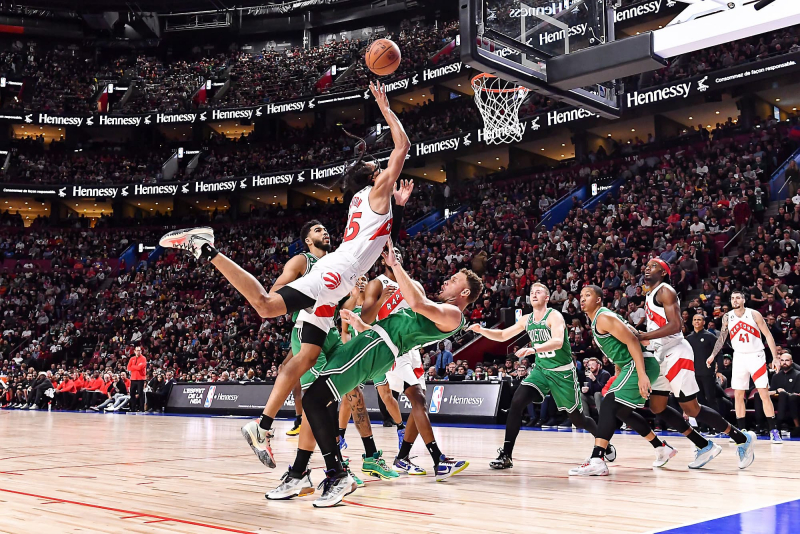 Do you want to know if the NBA is popular in Montreal and Quebec?

In any case, if the leaders of the Canadian wanted to have a good idea, they got it. In exactly nine minutes.

Nine minutes. Nine minutes. The time required to sell the entire Bell Center. All tickets on sale had gone before Geoff Molson finished his tie knot.

This nine minutes, I got it from a very, very, very reliable source. Not ten, not eight, nine.

And that was for a Toronto Raptors exhibition game. Just imagine an NBA Montreal Victoria inaugural game with Bennedict Mathurin, 20 and all his teeth, on the court for the start of the game.

Unfortunately for the fans

Last Friday, Jean-Charles Lajoie was the first to note it, France Margaret Bélanger and Michael Fortier sat side by side, courtside, for the match.

This n' was not a date, Michael already has six children, but it was an interesting evening.

What could they have been talking about? No idea, neither wants to talk about it. But it was interesting for anyone who can read lips.

Michael Fortier is a fan ports. And a fanof the sports business. He's been a big part of fixing Canadian F1 Grand Prix issues over the decades.

And everyone knows his love of baseball. And his even greater love for basketball. In his work, Michael Fortier is a lawyer and banker. In his passions, he is a unifier.

He has been quietly working for years to bring an NBA team to Montreal. With the help of his friend Stéphane Crétier, president and main shareholder of Garda, he has even already made public the first guarantees of financing.

He has met on several occasions with the commissioner of the NBA, Adam Silver , to remind him that not so long ago, Montreal was a major sports city. And even a big city at all. And that with leaders, this city could regain its strength.

As we know, Quebec billionaires had pledged to bring major baseball back to Montreal. Stephen Bronfman, Alain Bouchard, Eric Boyko, Stéphane Crétier and Mitch Garber were ready. Major League Baseball first approved a shared custody plan with Tampa before backing down to end the hopes of Montreal promoters.

But the money and the people were there.

Until now, we have always seen the Canadian and Geoff Molson as lessors of a building. But it's now clear that if serious promoters want to work long-term to get the NBA to consider Montreal for expansion or a move, the Canadiens and Group CH need to be part of the gang.

The Canadiens, even if the team is having a terrible time on the ice, remains a credible and prestigious organization in the professional sports industry.

However convincing he may be, Michael Fortier would become a whole other force if he arrived in Adam Silver's office with Geoff Molson or even better with Ms. Bélanger.

That would mean an organization that owns the largest sports and entertainment building in North America. More than Madison Square Garden or the buildings in Toronto, Los Angeles, Philadelphia or Chicago or Boston (there are others) that host hockey and basketball teams.

This would mean an infrastructure already in place for marketing, ticketing and operations. Bring the club, we install it and we operate it in a few days.

That would mean an already immense expertise in the use of radio and television media. Controlling for one team or two is even easier.

The potential of the market

There is the market. Could greater Montreal and its three million inhabitants, rich in diversity, make two major teams prosper?

Especially since CF Montreal and the Alouettes are already struggling at the box office.

We got the answer last Friday.

Basketball and hockey are two different markets . In Toronto, the Maple Leafs and the Raptors pile up the rooms filled repeatedly.

In Montreal, one can believe that the clientele of the Canadian would continue to be obsessed with its Glorious. Older, more bourgeois clientele.

That of the Victoria of the NBA would be younger, more multicultural and more entrepreneurial. 'Cause it's gonna take cashto pay tickets courtside at $2,600 each, like Ms. Bélanger once got for a big Raptors game in Toronto.

But the $3 billion $ for an NBA team, it's just moving capital. If it doesn't work, you sell the bastringue for $4 billion and you pay yourself a vacation.

And France Margaret Bélanger, daughter of the great entrepreneur Walter Bélanger from Matane, what does she say when asked questions?

“Anything to do with professional sports interests us…”

This means that the Group CH is already interested.

And if you see Michael Fortier and Ms. Bélanger face to face in the coming weeks, write to me quickly. Location, day, time, photo is not necessary.