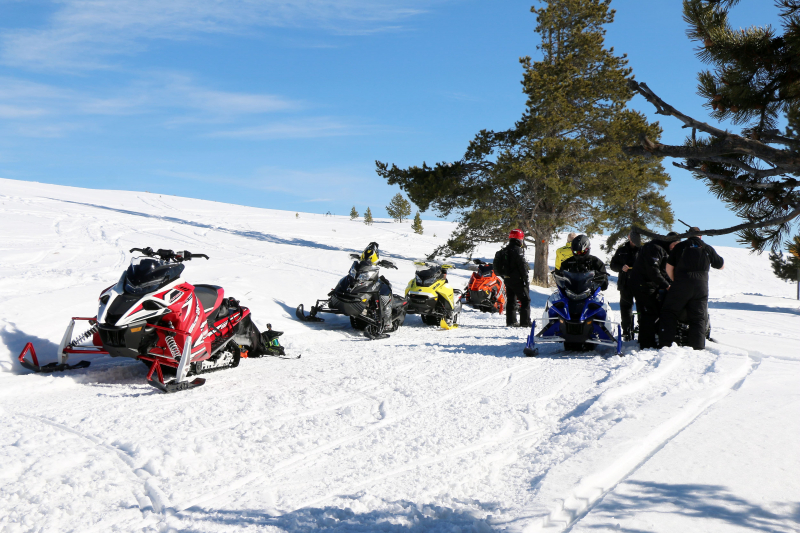 ” Our goal is not to prevent the practice of off-trail snowmobiling in Quebec, but to provide a framework for enthusiasts to help them practice their favorite activity in complete safety. . »

This is how the general manager of the Fédération des clubs de motoneigistes du Québec, Stéphane Desroches, summarizes the situation of off-trail practice in Québec. He explains that the government has carried out a study of the file which should lead to the creation of a new independent structure, devoted exclusively to the practice of off-piste.

“ Four years ago, we were invited by the government to take part in a study on the practice of off-piste, in order to know if this file fell under the responsibility of the Federation. Finally, as we already knew in our organization, the mandate of the Federation is very clear. Its role is to organize the network of trails and to see that snowmobiling is practiced on trails, according to the rules of the art. We are here for the snowmobilers,” said Mr. Desroches.

“Recently I was at a meeting where some people [have] described the off-piste situation as very problematic in some cases when it felt like we were back in 1974 when people had a pair of pliers with them. They cut the obstacles to circulate anywhere. The firm Sigma Research presented the results of its study on the dossier. Ultimately, the summary of all this is that we must act to prevent the actions of certain unscrupulous individuals from destroying off-trail snowmobiling.”

For the DG, there is no question of preventing the practice of off-trail snowmobiling. “We know very well that in the vast majority of cases, the snowmobilers who practice the activity are serious. However, there is a portion that is harmful. They are the ones who need to be supervised. Left to their own devices, many do not know that their behavior can have consequences for landowners, logging companies and even in some cases the ravages of big game. Indeed, we are told that some go to these territories which serve as a refuge for large wildlife, moose and deer, in winter.

“Once again, the majority are serious about the practice of their activity, but the actions of a small group make it necessary to act. I know very well that the practice of this activity is more and more popular. The way things are going, I think we are going to lose members of the Federation for trail riding, to the benefit of off-trail practice. »

In the spirit of the general manager, the development of a structure that meets the expectations of off-trail snowmobilers must be done in a spirit of collaboration between several stakeholders in the community.

Currently, several circles are complaining about the actions of certain off-trail enthusiasts who circulate everywhere.

“What has been suggested by specialists is to create places or sites where off-piste enthusiasts can have fun as they wish. To do this, we will work with regional county municipalities (MRC), zecs, private owners, to help everyone and above all offer interesting opportunities to these snowmobilers. We will also educate manufacturers and dealers so that all industry players are included in the process.

“Again, there is no question of preventing off-road enthusiasts from practicing their favorite sport. We simply want to direct them to territories where they can have fun, while respecting the territory, nature and wildlife. »

The next step in the file, if all goes well the front is to create a structure independent of the Federation.

“As soon as the budget releases, we have a mandate from the government to hire a person in charge of the project who will see to setting up the structure with a board of directors, specifies the director general. The latter will be independent and entirely dedicated to off-trail snowmobiling.

“ This activity is set to grow even more. All we want is to accompany these snowmobilers so that they can practice their activity in complete safety, while respecting the different environments. »

ANSWERS TO THEIR QUESTIONS< /strong>

We must not hide it, the practice of off-trail is currently causing a lot of problems in certain places, especially in the greater Quebec City region. There was a meeting recently where several stakeholders in the field said they did not know what to do to reduce the impacts.

With the arrival of the new structure dedicated to off-trail, they will certainly have answers to their questions.