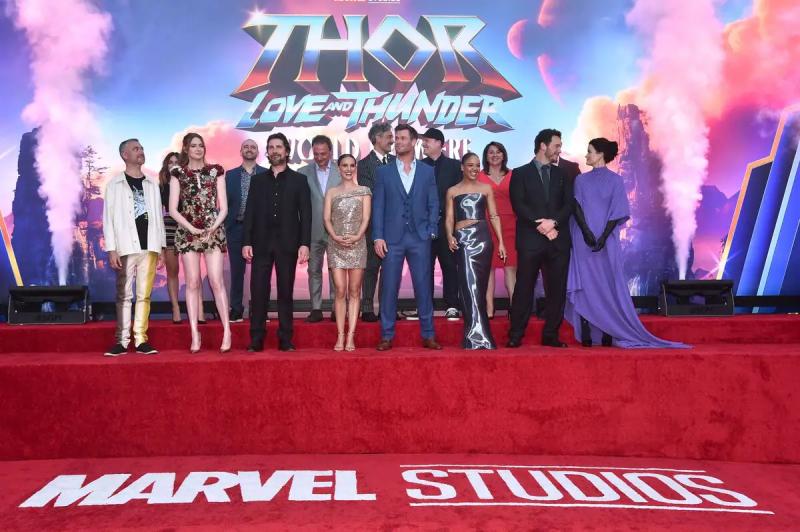 The fourth installment in the “Thor” saga, “Love and Thunder” hit theaters across North America this weekend, ousting the Minions from the top of the box- office, according to estimates by the specialized firm Exhibitor Relations.

The Nordic superhero with the hammer, embodied for the fourth time on the big screen with Marvel and fighting here against an intergalactic killer, is played by Chris Hemsworth, accompanied by Natalie Portman and Christian Bale.

The film directed by New Zealander Taika Waititi has racked up $143 million in box office receipts in the United States and Canada since its release on Friday, a big number, up from the last installment.

< p>An “excellent” start for Marvel and a 4th installment that works much better than other superhero films at the same stage, notes expert David Gross, from Franchise Entertainment Research.

It exceeds largely “Minions 2: Once Upon a Time Gru”, leading the previous weekend and which garnered for this one $ 45.5 million, making a total since its release of 210 million receipts.

In third place, blockbuster “Top Gun: Maverick” maintains a very strong performance for its seventh week in theaters, pulling in an estimated $15.5 million since Friday.

Since its release, the return of Tom Cruise in the elite of the fighter pilots of the us army has now generated 597 million dollars.

For its third week, “Elvis”, the baroque and extravagant biopic dedicated to the king of rock and roll, falls to fourth position with 11 million, still according to Exhibitor Relations.

“Jurassic World: The World After”, the sixth installment of the cult saga of dinosaurs, comes fifth with 8.4 million in revenue.

Here is the rest of the top 10