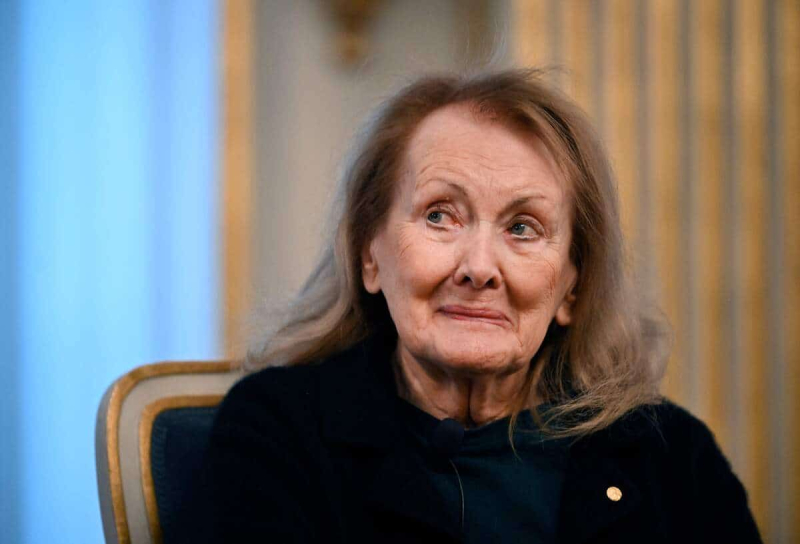 The Nobel is an institution “for men”, said the French winner of the prestigious literature prize, Annie Ernaux, in an interview with AFP on Tuesday.

“It manifests itself in this taste for a tradition, in the costumes. It seems to me that the attachment to traditions is perhaps more masculine, basically, we transmit power like that, ”said the 82-year-old writer who receives her prize in Stockholm on Saturday.

Crowned for “the courage and clinical acuity” of her largely autobiographical work, Annie Ernaux is the first French woman to receive the award in literature and the 17th woman to win a Nobel in this category since the founding of the famous awards in 1901.

“Speech has been almost always monopolized by men, and I have noticed that women are often less verbose in their speech than men, knowing full well that they are more practical” , she noted.

According to the octogenarian, “it's hard to say, but I think so”, the Nobels must change.

To dust off the institution, “can we imagine that 'there be less pomp, less long dresses and tails?', suggested Ms. Ernaux with a smile, referring to the awards ceremony followed by a gala banquet.

< p> Since her arrival in Stockholm, she has found herself confronted with “the solemnity, the splendor also of the price”, becoming aware of the “amplitude and the role” that it implies while she assures not having ” really no desire for distinction”.

However, this figure of committed feminism on the left wants to dedicate her prize to “all those who suffer (…) and to all those who struggle and who are not recognized ”.

The award has also reinforced her desire to write.

Now, she intends to “continue to write and at the same time (…) take advantage of [his] old age”.

“I think it's an age when you can think about a lot of things and so for me, that also means writing them of course,” she concluded.