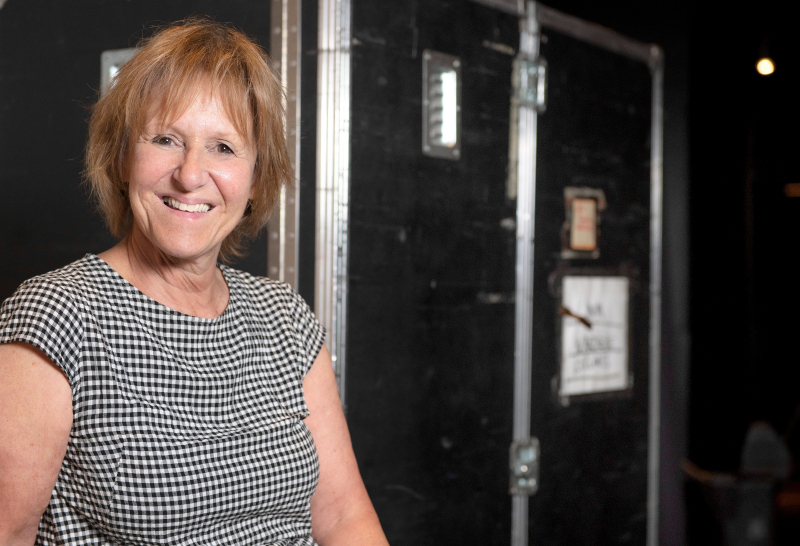 The great Russian writer Mikhail Bulgakov and the general director of the TNM Lorraine Pintal certainly have one thing in common: their love of Molière.

It's in this spirit that the artistic director of this Montreal institution has chosen to follow in the footsteps of this Kyiv-born novelist in a theatrical adaptation of his 1933 work Le roman de monsieur de Molière.

“Bulgakov had an obsession: Molière. He identified with the one who denounced the system, namely the clergy, the aristocracy and the court, while he criticized the communism in which he lived, ”explains in a telephone interview the one who directs this show.< /p>

Gladly admitting her penchant for the classics, she points out that the figurehead of French dramaturgy marked her throughout her career, which spans almost 50 years.

This proposal will allow you to discover Molière thanks to Bulgakov. In his text, the writer recounts the life of his 17th century French idol.

Embodying the novelist, Jean-François Casabonne is the narrator of this story. Éric Roubidoux will take on the features of Molière, who rubbed shoulders with great men such as Louis XIV (Simon Boulé-Bulman), Lafontaine (Benoît Drouin-Germain) and Racine (Philippe Thibault-Denis). The public will also meet his relatives such as Madeleine Béjart (Rachel Grattion) or Scaramouche (Lyndz Dantiste).

“The whole life of Molière is told to us, but always under the magic pen of Bulgakov, specifies Lorraine Pintal. We enter into his private life. But the author is more than a narrator, he reveals a lot about the Stalinist regime and the reality of his time. He evokes the difficulty of escaping censorship. There is a confrontation between these two centuries. »

The adaptation of the novel was made by Louis‐Dominique Lavigne, who did a lot of historical research for each of the characters in order to be faithful to what they were, believes Lorraine Pintal.

Unlike Twelfth Nightof Shakespeare, which was a great success at the TNM thanks to impressive screenings, Lorraine Pintal recommended a more sober approach.

“It will be low tech, underlines the director stage. I wanted to reconnect with theatrical art with all its purity and modesty. We highlight the text and the humanity of the characters. This is what brings us together the most. »

Qualifying this proposal as a “good challenge for directing actors”, Lorraine Pintal nevertheless allowed herself some fantasies, including one that she is particularly happy about: the singer and cellist Jorane will play on stage.

The year 2022 corresponds to the 400th anniversary of the birth of Molière. Lorraine Pintal is therefore happy to finally be able to underline it, she who has seen her programming be shaken up for three seasons in a row by the pandemic. Her “annus horribilis” began with the cancellation of Lysis last winter, which she was directing. This continued with a major flood which engulfed the basement of the TNM, then a fire in August, the smoke from which caused enormous damage.

“It did not been a good start to the season, she says. The fire was a big ordeal. But at least it allowed us to renew our equipment, which offers better possibilities. »

The novel of Monsieur de Molière is presented at the TNM from November 8 to December 3.