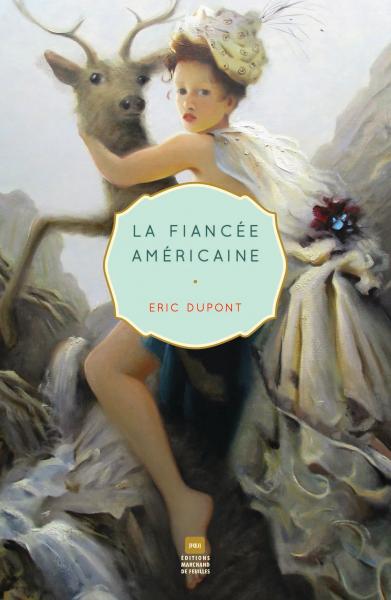 The novel The American Bride, by Éric Dupont, will be transposed into a six-episode dramatic miniseries by the director Anaïs Barbeau-Lavalette.

Item 7 is producing this adaptation, which is also her first foray into the small screen, based on a screenplay by Guillaume Corbeil. Item 7 has, to its credit, the feature films Maria Chapdelaine, Rebelle, Brooklyn and Café de Flore, by the late Jean-Marc Vallée.

“Another trip for my fiancée! I am moved to know that my stories will find a new audience. In any case, they are in good hands. My mother and I can't wait to see the horse's head,” author Éric Dupont said in a press release on Tuesday.

We owe director Anaïs Barbeau-Lavalette the films Le Ring, Inch'Allah and The Goddess of Fireflies. His next cinematic proposition, White Dog, is to take the poster on November 9. The American Bridewill therefore be her first foray into the small screen, where several filmmakers have ventured, such as Philippe Falardeau, with Le Temps des Raspberries, and Xavier Dolan, with The night Laurier Gaudreault woke up, two titles from Club illico.

The American Bride was published by Éditions Marchand de Feuilles in 2012. It won the 2013 College Student Prize. We remind you that the story revolves around the Lamontagne family from Bas-du-Fleuve, over nearly five generations.