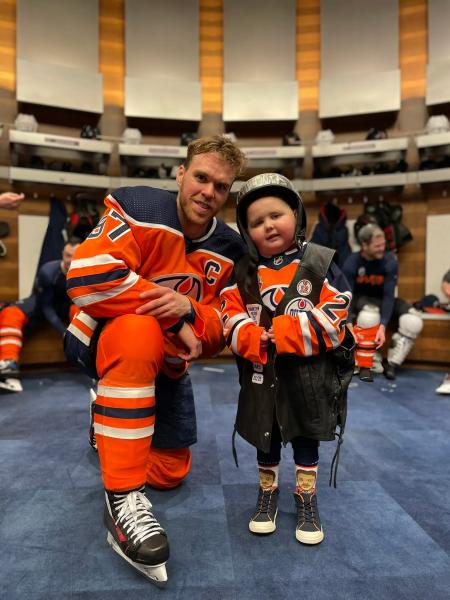 Edmonton Oilers lucky charm and fan Ben Stelter, who cheered on and watched the team on their most recent playoff run, has died of cancer at the age of six years old.

The world lost the most special boy and an absolute hero last night. Ben, you were the best son we could ever hope for and you were my best bud ever. Your sisters were so lucky to have you as such a sweet brother. You fought so long and hard and beat so many odds. pic.twitter.com/HWibnZKOxC

Young Ben was diagnosed with glioblastoma, a form of brain cancer, last March.

March 24 , the young warrior lived an unforgettable evening. Stelter joined his idol Connor McDavid and the Oilers in their game against the San Jose Sharks. Prior to the duel, he positioned himself alongside McDavid for the national anthems. He finally attended a press conference after the 5-2 victory of “his” with striker Zach Hyman.

“Well, you are a true warrior and an inspiration to us. Your inner strength, your determination, your courage and your friendship have shone all over the hockey world and especially within our team. I will miss your greetings before games. All our thoughts and support go out to the Stelter family,” Evander Kane said via the Twitter platform.

Ben you're a true warrior and are such an inspiration to all of us. Your strength, determination, courage and love beamed through the hockey world and especially our team. I'm going to miss your fist pumps before the games. To the Stelter family we send our love and support. https://t.co/x2ohXLA7OS

“We mourn the passing of our dear friend, number one supporter, lucky charm and inspiration, Ben Stelter,” wrote the Oilers on Twitter.