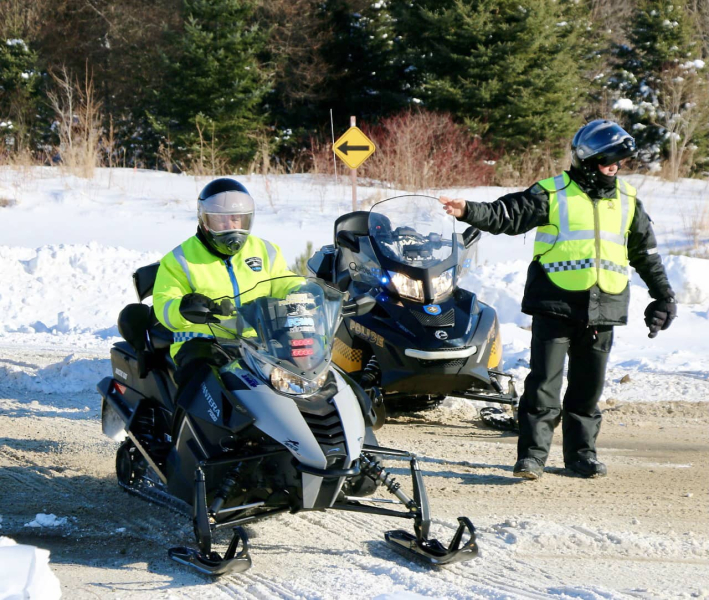 After analyzing the situation from all sides, the leaders of the Fédération des clubs de motoneigistes du Québec have decided that the Doors Open event will take place as planned this weekend.

“We are fully aware that the conditions will not be optimal everywhere, but at least people who want to can discover the trail network where it is possible,” explains Michel Garneau, head of communications at the Federation.

“Currently, the situation is not ideal, but according to what we can see in several weather reports, there could be improvement everywhere with snowfall and cold to preserve the bottom of the trails. »

Offering such an opportunity to all snowmobilers in Quebec, to be able to ride the trails for free throughout the weekend, that represents a lot of work and organization.

“Behind the holding of this end of special week, there is a whole organization in place, both at the Federation and in the field, adds the expert. It is a work of several weeks and a very important mobilization on the part of all the volunteers of the clubs.

“So we can't come in and erase it all out of hand. For the past two seasons, we had canceled the event due to the pandemic. This season, when everything is in place, now Mother Nature does not want to help us,” he adds

To participate in this special event, there are conditions to respect. First of all, you must register on the site www.fcmq.qc.ca, in order to obtain a free right of access. The snowmobile you use must be registered and you must have proof of liability insurance worth at least one million dollars. Drivers between the ages of 16 and 17 must have a valid driver's license and proof that they have a training certificate.

Created in 2012, this annual meeting aimed to introduce snowmobilers to the network of 33,000 kilometers of trails created by club volunteers.

“We realized that there was an aging among active snowmobilers. We wanted to attract new blood. We therefore decided to organize this event to invite all snowmobile enthusiasts in Quebec to discover the network of trails.

“We also wanted to bring back people who had put aside the practice of snowmobiling, inviting them to see the improvements made over the years. These two elements were the aims of the Federation.

“At first, the event was held in mid-February. We chose to bring him back in mid-January, at the start of the season. People who participate can then buy their regular right of access and thus become members of the snowmobiling community. We have seen a steady increase in membership in the Federation. »

The Open House is presented in collaboration with Intact Insurance and BRP Ski-Doo.

Given the problems Mother Nature is causing, the date of the event should be postponed. Honestly, it's rare for the snowmobile season to start before January 15th. Some sectors have an advantage given their geographic location, but mid-January remains the safest date for the season to start across Quebec. Before leaving on the weekend, consult the FCMQ trail conditions map.

The Fédération des clubs de motoneigistes du Québec, the Government of Québec and the Sûreté du Québec will celebrate International Snowmobile Safety Week from January 14 to 22. The purpose of this week, decreed by the International Snowmobile Congress, is to remind enthusiasts that they must make safety a priority. It is essential to do so, while the number of followers is on the rise.

On February 11, Les Pistolets de Trois-Pistoles will hold a special activity to highlight International Riding Day. With the financial support of Ski-Doo, it will be able to offer many activities to snowmobilers who show up, including a marquee with a lunch offered by the sponsor.

Take the opportunity to visit the Bas- Saint-Laurent, a region where snowmobilers are kings.