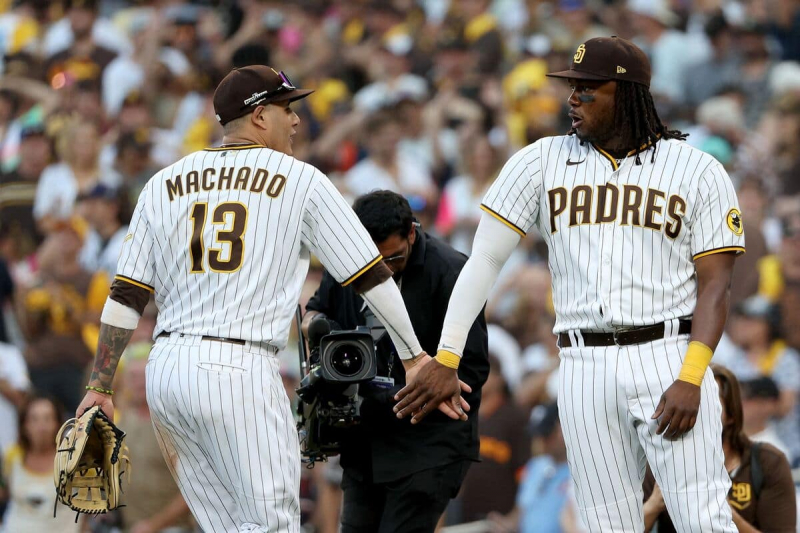 Midway through the second inning, the Padres looked destined to hit the road to Pennsylvania with little wiggle room. They did, however, erase a four-point deficit to defeat the Philadelphia Phillies 8-5 on Wednesday in San Diego to tie the National League Championship Series at 1-1.

The Padres really got going in the fifth inning with five runs. It was Austin Nola, with a productive single at the expense of his brother Aaron Nola, who got the ball rolling. A double from Juan Soto, followed by more singles from Brandon Drury and Josh Bell, then gave the Padres the cushion they needed to win.

Endgame specialist Josh Hader made sure to put the finishing touches on a fourth save in the playoff tournament. He struck out Alec Bohm, Jean Segura and Matt Vierling one after the other.

Aaron Nola (2-1) started the game well, but things quickly got complicated for him. He notably conceded two solo homers in as many consecutive pitches in the second inning, allowing Brandon Drury and Josh Bell to go around the trails. He ultimately gave up six runs and seven hits in four and two-thirds innings.

Blake Snell (2-0) allowed four runs, five hits and one walk in five innings. Bohm, Vierling, Edmundo Sosa and Kyle Schwarber all produced a point on his back in the second half, but Snell has little to be ashamed of.

Indeed, Soto dropped a ball, bothered by the sun, Jurickson Profar also missed a play in the field and Drury juggled a double play ball. Anyway, the gunner did not let it down.

Manny Machado for the Padres and Rhys Hoskins for the other clan both homered in this meeting.

The series will now move to Philadelphia, where the next three games will take place on Friday, Saturday and Sunday. If necessary, the series will return to California on Monday and Tuesday.

The Houston Astros have taken the lead in the championship series of the American League by winning the first game, a true duel of sluggers, by the score of 4 to 2, at Minute Maid Park.

All but one of the runs in this encounter were scored using solo homers. For the home team, Yuli Gurriel, Chas McCormick and Jeremy Pena got balls out of bounds.

The Yankees also lived up to their reputation as the Bronx Bombers thanks to long balls from Harrison Bader and Anthony Rizzo. The latter closed the gap in the eighth inning, but it was too little, too late for his people.

Perhaps inspired by the celebratory pitch of the controversial and prolific Roger Clemens, Justin Verlander ( 1-0) has been smoldering at the mound for the Astros. The veteran continued to forge his own legend as the gunner with the most strikeouts in the playoffs. His 11 kills brought his total to 219, which put him ahead of Los Angeles Dodgers ace Clayton Kershaw (213).

Writer of the victory, Verlander allowed only a single run on three hits and a walk, in six innings of work. Reliever Ryan Pressly made the save by fanning three batters late in the game.