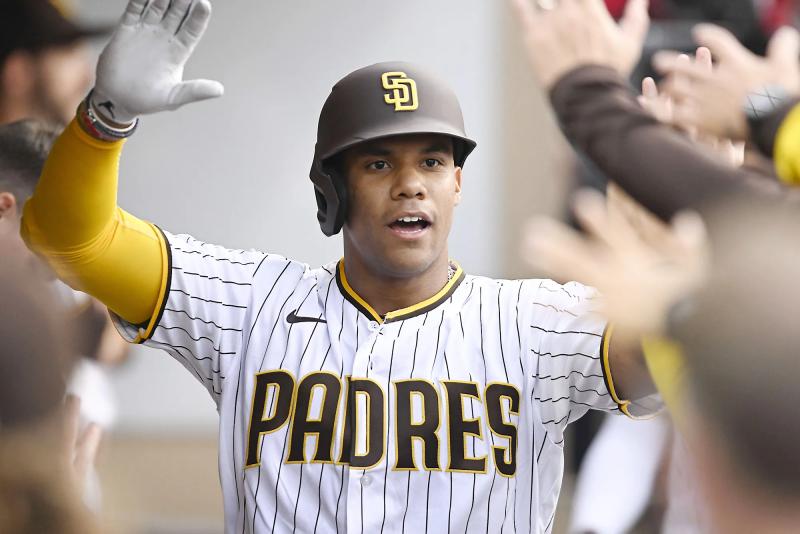 By getting their hands on Juan Soto, the San Diego Padres were the envy of everyone…

With Soto and the return to play of Fernando Tatis Jr., the Padres sent a message to all their rivals: they mean business! The New York Yankees also acquired Frankie Montas and Jose Trivino, but the Padres are the most improved team.

Of course, the season is far from over…although the Padres' hopes of catching the Los Angeles Dodgers are slim.

However, I'm disappointed with the Blue Jays' inaction …

I really thought the Jays were going to react… but no!! Too bad!

Loss of a friend

Whenever the Expos visited Los Angeles, Vin Scully was always there to welcome us and s to inquire, not only about our state of health, but also about our needs.

Over the years, I had become friends with the Voice of the Dodgers.

His passing saddens me and leaves a great void.

Another reminder that we are not eternal!

Not only was he very kind, but he was sincere.

Vin Scully is one of the GREAT.

If I ever go back to the Dodgers press gallery, I'll look for it…but I won't find it…

Charles Leblanc's patience has been rewarded…

Indeed, the young man from Laval, aged 26, made his debut in the majors with the Miami Marlins and this first game will remain at never etched in his memory…

The third baseman came up to bat three times and got his first hit, a solid double.

He was also retired twice out of three strikes.

The infielder was drafted by the Milwaukee Brewers in the 33rd round of the June 2013 session, and subsequently, in the fourth round, in 2016 by the Texas Rangers while studying at the University of Pittsburgh.

Leblanc played two college seasons and then six minor league campaigns before getting his chance.

Then on July 31, Charles slammed his first homer at the expense of Taijuan Walker of the New York Mets.

For the pitchers, there are several ways to inscribe their names in the history of baseball… Walter Johnson saw his name inscribed in several sectors, but we often forget that he had the reputation of being a hunter heads. Indeed, between 1907 and 1927, he was the pitcher who hit the most batters, 205. Johnson was also the first player from Kansas to collect votes in the ballot for election to the Hall of Fame. . In the first ballot. Johnson garnered 83.6% of the vote. At bat, Johnson hit 547 hits, including 94 doubles, 41 triples and 24 homers.

Brandon Morrow and his pants

On June 19, the Cubs suffered a heartbreaking 4-3 loss to the Chicago Cubs, when Justin Wilson was unable to protect a one-run priority in the 9th inning. After the match, manager Joe Maddon explained that his late game specialist, Brandon Morrow, was unavailable due to lower back discomfort. Morrow explained that he hurt himself while undressing at home, after returning from his trip abroad. “It's frustrating not being able to make it to the mound because you hurt yourself taking your pants off…not throwing,” Morrow said.

Which Rookie of the Year winner was the only one in major league history to play in one position, shortstop, for his entire career? Luis Aparicio earned that honor in the American League in 1956 and played in that position in all 2,599 games of his career. He also led the league in steals in his first nine seasons. In addition, he was the major league leader in this area for five seasons. He also earned nine gold gloves with two teams, seven with the White Sox and two with the Orioles.

Young people in the spotlight

June 13 at Yankee Stadium… Nationals' Juan Soto and Gleyber Torres were a combined 41 years and 48 days old, becoming the youngest players to homer in the same game since Mike Tiernan and Egyptian Healy had achieved the feat on May 19, 1887! Soto slammed two, also becoming the 5th youngest player in major league history to achieve such a feat. The others are: