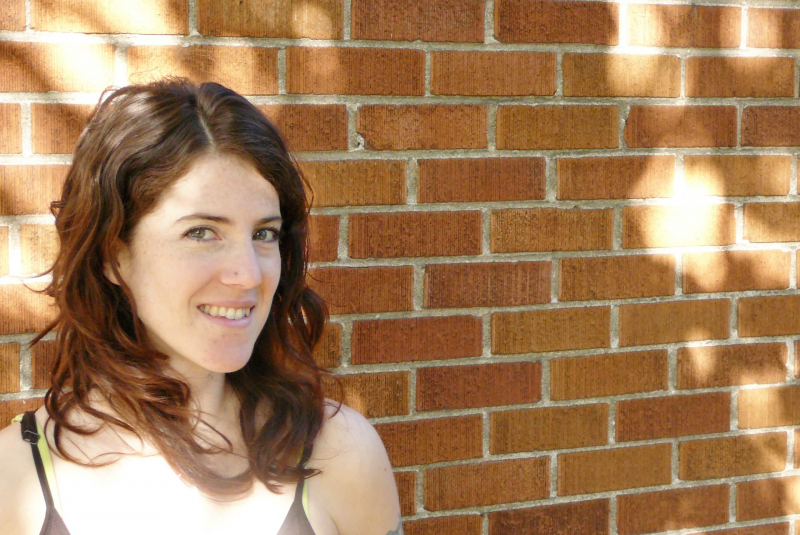 Odile Paradis has a gift: she sees the ghost of a young girl who died more than 300 years ago. In her new children's trilogy, author Ariane Charland takes us into a universe where it is better not to repeat the name Bloody Lily three times…

The The first volume of your series The Paranormal World of Odile is a bit frightening, at times poignant and a lot mysterious! Where does this fascination with the paranormal come from?

I have always been fascinated by the story of the Salem witches. When I was 12 or 13, I visited the city and the museum with my parents. This is a bit what inspired the character of Wendy – Odile's ghost friend – who is the daughter of one of the Salem witches. Initially, I had the idea for the story of a teenager and her ghost friend. Then, for another book, I had the idea of ​​taking up the Bloody Mary myth… So, I thought it might be interesting to put it all together!

A ghost friend… Is it a nod to the imaginary friend?

Perhaps unconsciously (laughs)! It goes back to this idea of ​​the imaginary friend, when you're a more solitary person… Odile is also a very empathetic young girl; she grasps the strengths and weaknesses of others, and their emotions. When we are more solitary, we have more distance and we find ourselves in the role of the observer.

In your story, you describe a ritual to imprison spirits. Does this type of paranormal story require some research?

Yes, I did some research on how to summon a spirit! Then, on the appearance of the pentacle, symbols, special herbs, etc. And I used my imagination. For example, in the shows we often see that salt repels spirits. Wendy's appearance, when she receives salt; that it makes little holes of fire in his skin, that was my imagination.

The paranormal aspect of the story is very present, but intimidation is also addressed. Was it important for you to talk about it?

When we think of bullying, we think of the “worst” examples, such as the person being bullied by the worst bullies in school. However, I believe it often happens in a more subtle way… Sometimes people who bully don't realize it is. Then there is also Bloody Lily, in my novel, which turns from victim to bully. I wanted to show both sides.

Yes! I think the first time I heard about it was during a snow class at school. A group of girls in the toilets, in the evening, in front of the mirror. There are always people who swear they have seen Bloody Mary (laughs). I was a big fan of horror movies, even if it sometimes kept me awake!