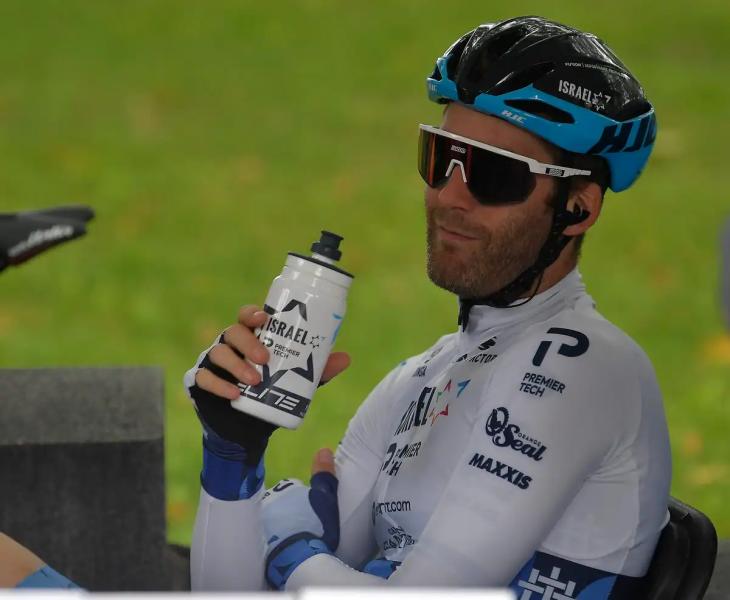 (Sportcom) – If winning the lottery jackpot doesn't change the world, winning a stage in the Tour de France doesn't change a person either. At least not Hugo Houle, according to his former teammate Martin Gilbert, met on the sidelines of the recent Grand Prix Cycliste de Montréal.

“The Hugo that I recognize is the same Hugo whom I knew ten years ago”, confirms Gilbert, who was part of the continental team Spidertech Powered by C10 for three seasons. Houle was his teammate in 2011 and 2012, the year of the dissolution of the training set up by former cyclist Steve Bauer, now sports director at Israel – Premier Tech.

After a long career marked by a stage victory at the 2009 Tour of Missouri, a Pan American title on the road in 2007 and a 12th place finish in the Madison race in track cycling at the Beijing Summer Olympics, Gilbert took his retirement from sport in 2012.

In his last race, the Grand Prix de Québec, he finished 111th and last. One row behind a certain… Hugo Houle! The following year, the two men took different paths: Gilbert returned to school to complete his studies in pharmacy and Houle joined the ranks of the World Tour by signing with AG2R-La Mondiale.

When you consult the list of runners for the 2012 edition of the Spidertech Powered by C10 team, it is clear that this training was an important springboard for many. In addition to Houle, we find the name of Guillaume Boivin, who is still in the professional ranks with Israel – Premier Tech, François Parisien, who won a stage of the Tour of Catalonia the following year with Argos-Shimano, as well as Antoine Duchesne, a trainee at the time, who had a 13-year career in Europe, notably taking part in the three major national tours.

“I was convinced that guys like Hugo, Guillaume and Antoine would to go far,” continued Gilbert. And they went extremely far, but to say that one of them would win a stage in the Tour would be “over expectation”!”

This morning of July 19, 2022 when he saw Houle to win solo between Carcassonne and Foix, Gilbert will remember it all his life.

“It was quite incredible and I would say that we were quite emotional, recalls the one who is today owner-pharmacist. In addition, I work with two former teammates, Kevin Lacombe (Editor's note: who also raced with Spidertech-C10) and Jean-François Laroche. We had a TV set up at work and we were more or less efficient those mornings I would say. We had tears in our eyes.”