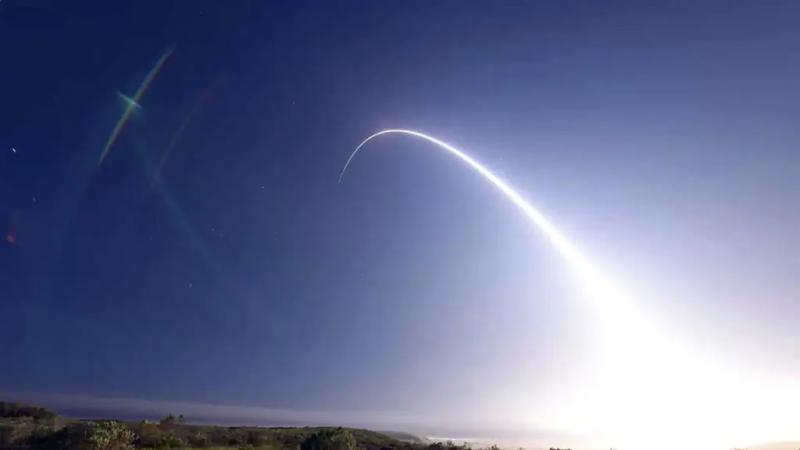 The United States said on Wednesday it had successfully tested an intercontinental ballistic missile (ICBM), with the operation announced in advance to avoid any escalation of tensions with Russia in the midst of the conflict in Ukraine.

The unarmed Minuteman III missile was launched September 7 from Vandenberg Air Force Base, California at 1:13 a.m. local time and traveled some 6,760 km over the Pacific before crashing into the sea near the atoll of Kwajalein, in the Marshall Islands, the Air Force said in a statement.

“This is a routine test and periodic operation intended to show that the system of United States nuclear deterrent is safe, secure, reliable and effective,” the statement said.

“This type of testing has been done over 300 times and has nothing to do with current world events,” the Air Force added.

The United States does not announce usually not advance their ICBM missile tests but the last test of Minuteman III, a missile equipped with a warhead that in wartime can carry a nuclear bomb, had to be postponed twice because of international tensions.

Originally scheduled for March, it was postponed for the first time due to Russia's invasion of Ukraine on February 24, Washington fearing that Moscow would use this ordinary test to widen the conflict to other countries. /p>

It was postponed for a second time in early August after US House Speaker Nancy Pelosi visited Taiwan, an island claimed by Beijing.

The test was finally carried out successfully on August 16.

It is a coincidence that the two tests were conducted so close together, Pentagon spokesman General Pat Ryder said on Tuesday during a briefing. press.

The Minuteman III, in service for 50 years, is the only surface-to-air missile in the United States nuclear arsenal since 2005. It is installed in launch silos spread over three bases American military, in Wyoming, North Dakota, and Montana (northern United States).

The Trident missiles, launched from the sea r, are deployed aboard US submarines while nuclear bombs are carried by strategic bombers.