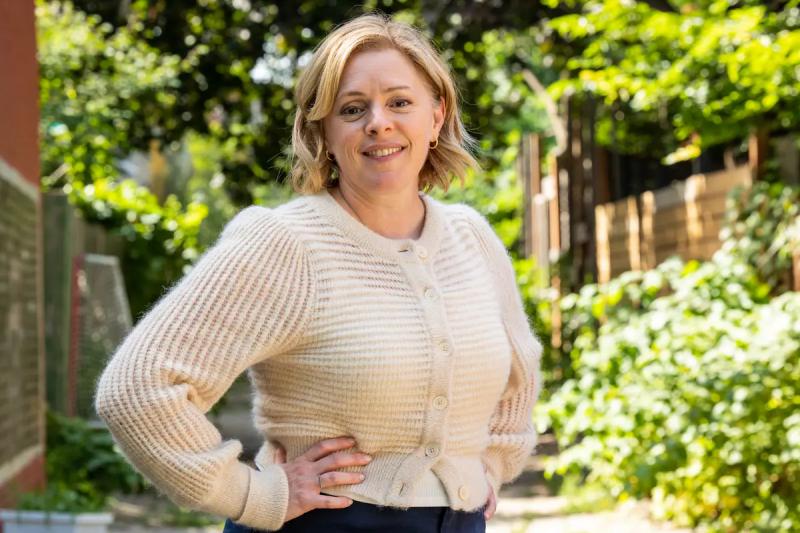 Used to embody incisive characters – think of “Ruptures”, “Mirador” and “Les invincibles” –, Catherine Trudeau has been playing in a completely different register since last year with “Les moments parfaits”, series in which she is a pillar for her family, and a woman who is anything but badly yelled at.

Slipping into the skin of a mother like the others required Catherine – yes, they have the same first name – a shooting adjustment, which, moreover, constitutes the very essence of the profession; the pleasure of the actors being to move from one role to another.

“I played people who were more grasshoppers, let's say. It's easy for me to go into a direct, incisive area, with a lot of confidence. With Catherine, I have to hold back my horses a bit! I did a scene this morning and asked my director if I had been too direct. She said to me: “no, there Catherine has her “truck”, so she's going there”. But it's rare that I'm like that when I play Catherine. Even when she says things, it's always tinted, she almost apologizes for asserting herself sometimes, ”she said in an interview on the set of the series, last August.

In the second season, which begins this Wednesday on TVA, Catherine prepares to experience many upheavals. We met her when she led a quiet existence with her husband Alex (Gabriel Sabourin) and their three children, Hugo (Samuel Gauthier), Charlotte (Willia Ferland-Tanguay) and Tristan (Antoine Marchand-Gagnon). But in the first 24 episodes of the series, Catherine's past caught up with her, upsetting her precious balance.

“The book comes to the surface, Pierre comes back, his father has a heart attack, his eldest son wants to know his father, but he is not the right father, Alex reproaches him for having hidden his relationship with his former teacher. Let's say that Catherine, after all that, has a desire to reconsolidate what has been weakened in order to find a balance for herself and for the people around her. That's season 2, but at the same time it's going to be tough,” said the actress.

At the end of the first season, Alex accepted a pilot position in Vancouver to take a step back. Two months have passed since he left for British Columbia.

“Alex and Catherine meet again, but all is not well. There is something broken in this couple. At the start of the season, Catherine will try to pick up the pieces, because she is juggling a lot of balls and has dropped one. There is something special: each time she made choices for herself, she lost things.”

Produced by Encore Television, in collaboration with Quebecor Content, the second season of the series “Les moments parfaits” begins Wednesday, September 14, at 8 p.m., on TVA.

“Nadia is finally living with Philippe. Things are going well and they continue to work together. What shakes things up a bit is Malik, the biological father of Nadia's daughter, who arrives unexpectedly. We will come into contact with the jealous and paranoid side of Philippe,” said comedian Jean-François C. Pronovost.

“ Pierre tries to connect with his son. There is a confrontation, because Pierre went out with Catherine when she was 20 and he was 40. This generation is aware of the abuse of power, the #MeToo. Pierre will reflect and tell Hugo that he is right, that he was in a position of power. On the other hand, it did not happen like that, it was a real love”, summarized the actor Jean-François Pichette.