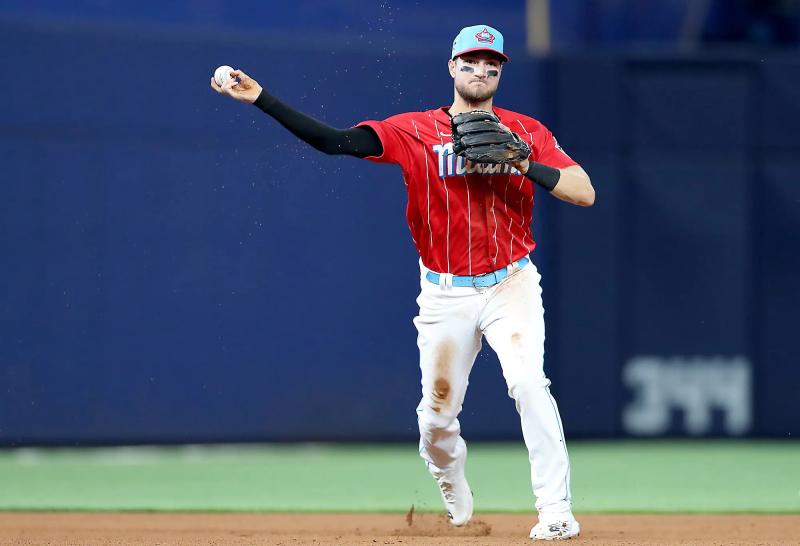 July was a dream month for Quebec baseball players. It is also the first time since 2019 that at least three products from La Belle Province have been selected during the same amateur repechage session. Big honors to young pitchers, Cédric De Grandpré, Atlanta, Nathan Landry, Boston, and Jérémy Pilon, Toronto.

In July too, the great doors of major league baseball opened for two other local products, Otto Lopez with the Blue Jays and Charles Leblanc with the Miami Marlins.

Charles Leblanc deserves all our respect. He is the perfect example of resilience.

Before donning the Marlins uniform, he had to eat his black bread. The 26-year-old Laval resident overcame several obstacles.

Claimed for the first time by the Milwaukee Brewers in the 33rd round of table in 2013 then by the Texas Rangers in the fourth round in 2016 after playing with the University of Pittsburgh, Charles Leblanc was never able to justice in Arlington where the management turned a blind eye to this promising right-handed hitter.

Leblanc could have simply tossed everything in the air and redirected his career elsewhere, because he was 25 years old.

Winning is not only savoring victories, but above all it is being able to overcome challenges to achieve your goals.

This year, before the start of the season, the Marlins selected him in the Minor League Player Draft.

He signed a contract at the AAA level with the organization. In the colors of the Jacksonville Jumbo Shrimp, Leblanc had an excellent season.

In 87 games, the inside player had maintained an offensive average of .302. He had hit 20 doubles, rolled 14 balls out of bounds, produced 45 runs and stole six bases.

His inspiring outfit earned him the long-awaited phone call, the call of the Marlins. Last Friday evening, he walked the lawn of LoanDepot Park, home of the Miami Marlins.

Upon his arrival in the Marlins locker room, manager Don Mattingly, who had a glittering career with the New York Yankees, advised him that he would be part of the taxi squad which granted him the privilege of training and traveling with the team without playing games.

Leblanc understood the situation. However, that all changed within 24 hours when Mattingly put Leblanc's name on the regular roster.

Saturday night against the Mets, he hit his first major league hit.

The next day, Leblanc went through the gamut of emotions as he hit his first career home run in front of his parents Evelyne Boudreau and Paul Leblanc in Miami.

The third baseman will surely return to Quebec at the end of the season. Various programs in our schools allow students to meet athletes to tell their stories in order to encourage them to continue their studies.

Leblanc could have a lot to say. He is well placed to explain to young people that his perseverance allowed him to reach major league baseball.

Jethro Supré, son of Haitian immigrant parents, was employed by the Expos when he befriended former Expos shortstop Orlando Cabrera.

That's when his flame to become a baseball player's agent was ignited. He was inspired by the JANDEC group led by Pierre Lacroix, Daniel Sauvé and today Robert Sauvé.

With Charles Leblanc, they have been working together on the support plan for a dozen years. That is to say, to develop the necessary tools both at the personal level (learning English, self-confidence, autonomy) and at the sporting level (listed competition schedule, acquisition of scholarships).

Supré is the agent of three of the last four Quebecers who played in major league baseball, Jesen Therrien, Otto Lopez and Charles Leblanc.

Currently, Jethro represents a dozen athletes professionals, some of whom knock on the door of major league baseball.

You have to believe that Jethro Supré also overcame all the obstacles thanks to his perseverance.