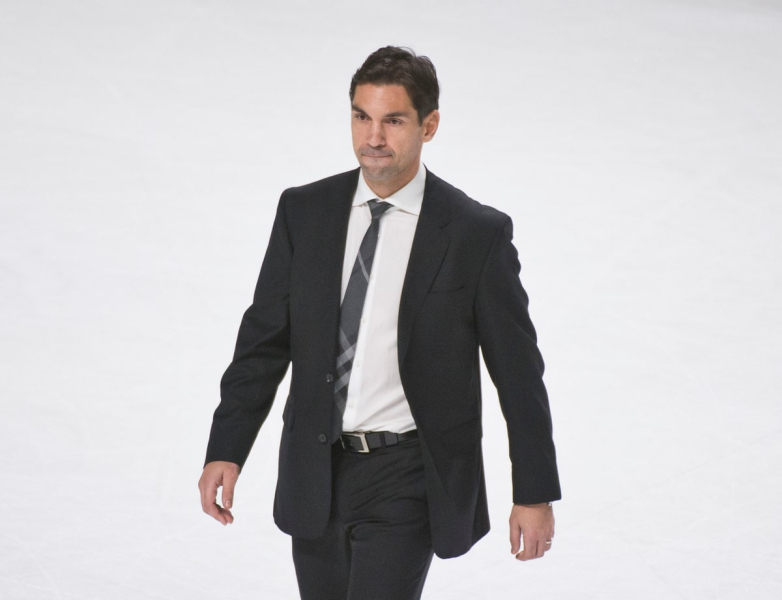 The Dallas Stars' excellent start to the season can allow the members of this formation to dream.

In interview with Jean-Charles Lajoie, Wednesday, Alain Nasreddine has made no secret that his team is aiming for top honors.

“Since the start of the season, we have been happy with our record and the way we are playing. Our ultimate goal, for us, is the Stanley Cup. Credit must be given to the scouts who were able to bring in players like Jason Robertson, Roope Hintz, Miro Heiskanen and Jake Oettinger. It allows for long-term success. In the short term, we are aiming for the playoffs and the Stanley Cup.”

If the Stars are so successful, it is in particular due to the brilliant performances of Jason Robertson. The latter has tallied 23 goals and 41 points in 26 games since the start of the campaign.

“It's funny to say, but even for a coach who runs it every day, it's hard to explain. He's not the fastest guy, he's not the most powerful guy, he's not the best shot, but he has a flair for finding opportunities. When he has a chance, it doesn't take much for him to be in the back of the net. It's not just luck or talent, it takes a long time to work. At each practice, he is the last to leave the rink.”

Nasreddine does not hide it. When he sees what is happening with his old team, the New Jersey Devils, he feels a certain twinge in the heart.

“I am happy for some people who are in the organization. Is it heartbreak? Yes. Did I eat the black bread? Yes, but at some point, you have to move on. If I had ended up with another team in reconstruction, maybe it would be worse, but I focus on the situation I am in.

The Stars assistant coach admits that he spins the perfect happiness in his new organization, he who moved to Dallas following his departure from New Jersey.

“We are successful here in Dallas. I am very happy. I have a good working relationship with the coaches I'm with. Jim Nill is a fantastic general manager. From my side, I really can't complain. It gives me absolutely nothing to wish harm to other teams.