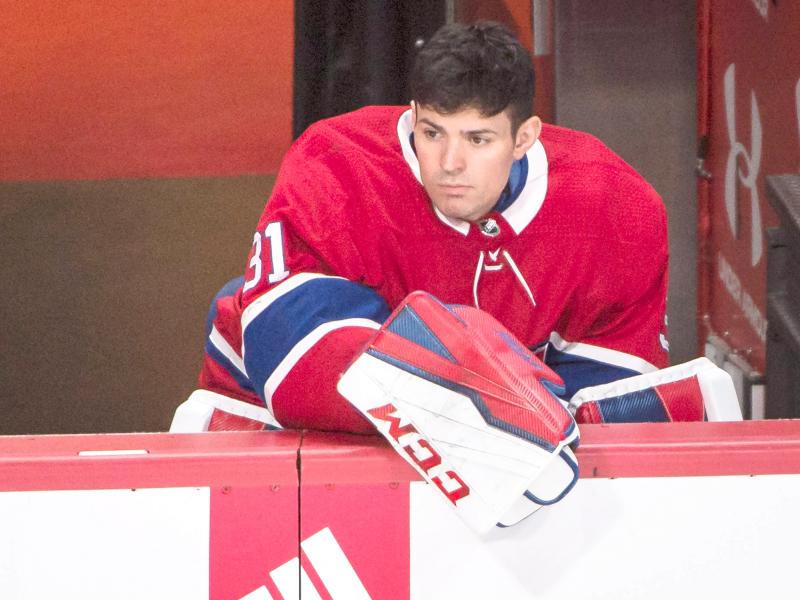 The leaders of the Canadian have promised changes.

They have honored their commitments so far.

Therefore, c It's time to put a different team on the playing surface, a formation that has changed its image for a few months.

The training camp will not offer any major surprises since the attack has already undergone significant changes: the arrival of Sean Monahan, Kirby Dach, Evgenii Dodanov offers another dimension to the attack of the team and provides Martin St-Louis with more options.

A question: will Juraj Slafkovsky be able to force the hand of the decision-makers and obtain a regular position?

Or else , will we take advantage of a context where, the team having little chance of achieving the unthinkable, we might as well not rush its entry and give it the opportunity to develop its game?

The most intense fight, we will discover it with the defensive brigade.

It is often said that the most beautiful hopes of the Canadiens, we find them among the defenders.

We expect to a tight fight. Mike Matheson, David Savard and Joel Edmundson already have their place in the locker room. But, there will be four positions to fill.

The decision-makers will have to make the right choices although they will establish, as Kent Hughes has noted on a few occasions, a schedule between Montreal and Laval to ensure that young players can play as often as possible and benefit from the development program. .

It is the post-Price era that is beginning.

A few names: P. K. Subban, Loui Eriksson, Anton Strälman, Danny DeKeyser, Calvin de Haan, Antoine Roussel. What do these players have in common? They still haven't found a taker for the next season.

Yet they are free as the wind. DeKeyser and de Haan have earned invites to attend a National League roster training camp. But that P. K. Subban still finds himself without a job, it's all the same astonishing,

But, by the way, is it so astonishing?

He no longer has the resources to end up in the top 4 of a team's defenders. He didn't break anything during his time in New Jersey, quite the contrary.

Some general managers have no interest in hiring a 33-year-old player with a fairly controversial past.

Subban made his fortune during his time in Montreal. After all, didn't he win the Norris Trophy? But, over the years, things got worse.

Will he get an invitation to participate in a training camp?

The others: Strälman no longer has the speed to stop the opponent's attacks. DeKeyser and de Haan are seen as defenders who can occasionally help a team close a gap in the top 4 in defense.

Antoine Roussel? He has character.

Some notes on the different training camps for National League teams and information about a few Quebec skaters.

First round pick in the last draft, Nathan Gaucher was quick to leave his calling card in a match against the rookie players of the Coyotes of the Arizona.

This should please Patrick Roy, his coach with the Quebec Remparts. The ex-goalkeeper did not fail to praise the talent of the young player…

In Edmonton, one wonders if Xavier Bourgault will not modify the plans of the decision-makers of the Oilers,

Last year with the Shawinigan Cataractes, he had a solid season and quickly rose in the evaluation of prospects for the Alberta team.

Ken Holland doesn't have a reputation for welcoming a player to the National League roster before spending a stint in the American League. Except that he refrained from any comment in the case of Bourgault…

Samuel Poulin will he take advantage of some changes made by the Penguins to deserve a position within the group of training forwards? There are one or two vacancies for every four candidates…

William Dufour has had some good times in the QMJHL and is one of the New York Islanders' top prospects. However, with Lou Lamoriello, you have to be patient and the Islanders have made very few changes in their attack…

David Pastrnak wants to spend his entire career with the Boston Bruins. Mathew Barzal sings the same refrain, stating that he has no intention of playing with any team other than the New York Islanders.

Question: Do the Bruins and Islanders organizations have the same intentions?

Absolutely, on the other hand Lou Lamoriello is known for not throwing his money out the window and, in Boston, Cam Neely and Don Sweeney changed their philosophy in order to respect reality. They awarded Charlie McAvoy a $9,500,000 deal. Unheard of for the Bruins.

An organization never leaves a good message to the other National League players when it drags out new deal talks, especially negotiations involving the roster's top players.