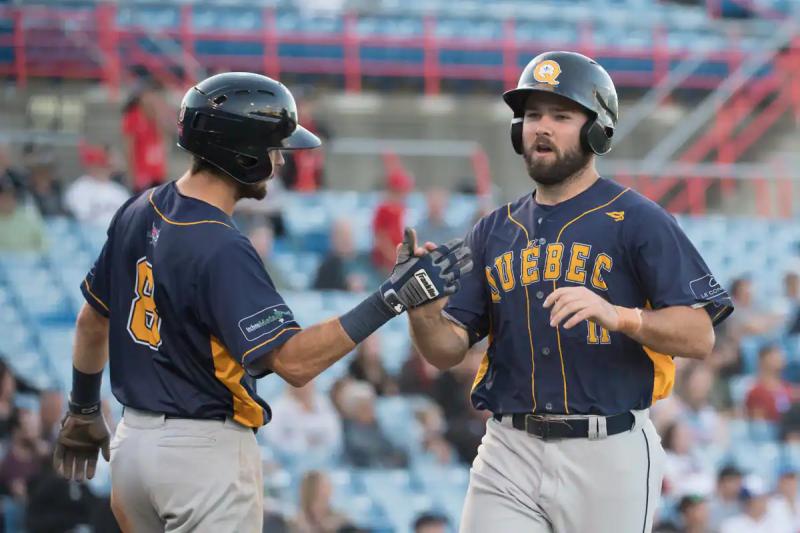 Les Aigles de Trois-Rivières suffered a second straight sweep against the Capitales de Québec. The Old Capital team won 8 to 7, not without difficulty, Wednesday at the Quillorama Stadium.

Reliever Nick Horvath got hot in the ninth inning. Called in as reinforcements to put an end to hostilities, he allowed a long ball from three points to Steve Brown which reduced the gap to one point. However, he managed to nail the Trois-Rivières coffin moments later, when Juan Santana hit a fly ball to right field.

A three-run home run by Ruben Castro in the third inning allowed the hosts to build a sufficient cushion. The latter was devastating at bat in the duel of the day. He hit a hit on each of his four batting opportunities.

Earlier, the visitors had secured a 3-0 lead thanks to Jeffry Parra's productive single and David Glaude's two-run double.

Poor Kevin Perez (4-2) was the victim of this offensive thrust at the start of the duel. He allowed six earned runs on five hits and four walks in just two and a third innings.

His counterpart Carlos Sano (5-2) was more consistent on the mound of the men of Patrick Scalabrini. The only earned run he allowed came in the third inning, on a sacrifice fly from Juan Kelly.

An error by T.J. White at first base allowed the Eagles to score two more runs for the costs of Sano. The Gunner eventually allowed three runs and four hits from a safe place in six innings.

White recovered in fine fashion by adding a run to the board in the eighth inning with a single. Tristan Pompey completed the scoring for the visitors.

The 'Caps' will be given a day off before visiting the Sussex County Miners for a three game series which begins on Friday.