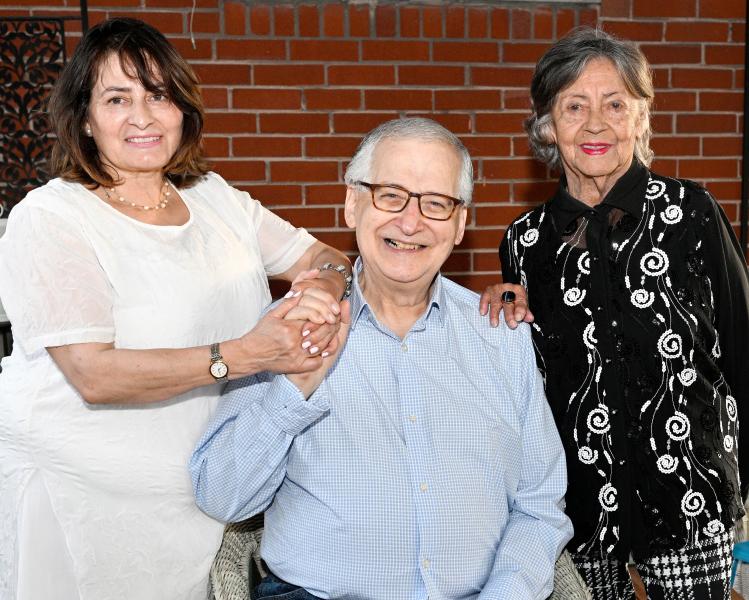 The relatives of Colombia's new president, involved in his election campaign, had to go into exile in Montreal years ago because of threats to their safety.

“We are refugees precisely because of our militancy. Our family has paid a lot the price for its political activities in Colombia,” testifies in Adriana Petro, the younger sister of Gustavo Petro, who arrived in Quebec in 2007.

Elected on Sunday evening at the head of Colombia, his 62-year-old brother became the first left-wing president in the country's history, with 50.4% of the vote.

As in other elections, his sister busy mobilizing pro-Petro troops, this time internationally within the organization Colombia Humana.

His son Andrés, who had lived in Montreal for a few years, was also involved, in addition to being a witness during the election held in Montreal.

However, the new president and those close to him have often been the target of persecution, thinly veiled shadowing and numerous death threats in their country of origin.

This is what has pushed his mother, his sister, his two nieces and one of his five children to seek refuge in Quebec.

“It is very dangerous. The right does not forgive, and Gustavo has many enemies “, worries his mother, Clara Urrego Duarte, 84 years.

From August, his son will face “very tough” opposition, while his party is far from having a majority in the Senate or the House of Representatives.

“Although the right is scattered across multiple parties, it is easy for them to join forces and challenge the future government,” predicts Felipe Botero, a political scientist from the University of the Andes.

Despite all these difficulties to come, the atmosphere was festive during the unveiling of the results of Sunday's vote, which the Petro clan followed live de Laval.

“It's more than a change of president, it's a change of mentalities”, enthused Adriana Petro. “For me, it’s total satisfaction.”

“A lot of people cried […] My father has been fighting for this for 40 years now. Now he can really do what he thinks is best for Colombia,” added Andrés Petro, who works at a Hispanic grocery store in Montreal.

His relatives, however, were unable to congratulations in person for this historic victory. “He spent the whole evening on the phone with presidents all over the world!” says his sister, with immense pride.

– With Camille Payant and AFP