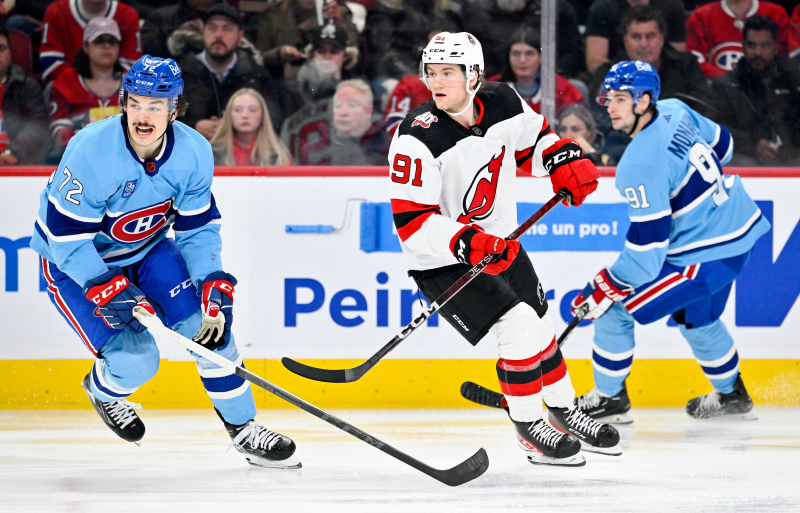 You would have thought that the Canadiens' players had learned a lesson from this failure against the New Jersey Devils.

That in the next game, they would come back strong , with a great collective effort and above all with the same determination that characterized their start to the season.

However, in the opinion of Brendan Gallagher, the Habs played their worst period of the campaign, in the first Thursday, against the Columbus Blue Jackets, a team decimated by injuries and which will go nowhere this season despite the hiring of Johnny Gaudreau.

It would be too easy to quickly jump to the conclusion that we did not understand Martin St-Louis' message.

After all, the CH players still finished the match strongly. They fought until the very end.

So how to explain this defeat against one of the worst clubs in the league?

Not in the right chair

Perhaps we should review the role of some skaters, their commitment and above all the heavy responsibilities entrusted to them.

For example, can we ask David Savard to play more than 22 minutes each evening? The answer is no. After all, before he left Columbus, his schedule had shrunk. In Tampa, he's had some good times, but in a supporting role.

This season, with Mike Matheson absent, he's been told he'll be mentoring Kaiden Guhle, that he would play outnumbered and that he will have to face the best squads of his rivals.

Savard has been one of the great architects of the results posted by the Canadiens so far. But we realize that the task entrusted to him is becoming heavier and heavier. This was to be expected.

We could also dwell on the actions of Joel Edmundson. As the campaign progresses, we realize that he is having more and more difficulty in slowing down the opponent.

The assurance of young fullbacks

Regarding the three youngest defenders, they were impressive, there is no doubt. No one expected them to play so confidently. On the other hand, as is always the case after 20 games in the NHL, the tempo increases. The speed remains the same, but the cohesion is more on point. The slightest reversal creates an even higher degree of difficulty.

The competition is more intense.

It becomes more difficult for Arber Xhekaj. Meanwhile, Jordan Harris and Guhle are talented and they need to get important minutes to accentuate their development.

They will make mistakes in execution and in taking information. They are not immune to reversals. However, it is precisely these obstacles that we will have to learn to circumvent in the development process.

What we must above all remember is the spirit of competition. And at the Canadian, we find lively players, players who refuse to give up.

We want to establish a new culture and we have taken drastic measures.

A different atmosphere in the locker room;

Special attention to each of the players;

Not to mention that Jeff Gorton and Kent Hughes oversee daily operations by making decisions that respect their business model.

They will improve the team by following the established instructions. When Martin St-Louis declares that there is no team ranking displayed in the locker room, he confirms that certainly victories contribute greatly to the development of skaters, but that the objective is to bring young players to a even higher level.

Bringing it down to earth

There will still be more good times like the ones the Canadian has provided fans from the start of the season. On the other hand, there will also be more tense periods, during which reality will hit hard.

And it is precisely in adversity that we can identify players with character, those who can meet the challenges that a high caliber competition offers.

The last time an NHL team decision maker assured fans that he had no concerns about a returning player impact was Craig Conroy of the Flames.

In an interview with Calgary radio, the assistant general manager insisted that fans need not worry about Johnny Gaudreau's future.

“He there is no problem. He will remain in Calgary for several seasons.

A few months later, he was on his way to…Columbus.

This week, when of an interview with Tony Marinaro, Jeff Gorton, the vice-president of hockey operations of the Canadian, affirmed without any hesitation that Cole Caufield will be with the Habs for several seasons.

I have every reason to believe that Gorton, unlike Conroy, is basing his words on steps taken in negotiations.

Caufield's agent, the excellent Pat Brisson, and Gorton and GM Kent Hughes have undoubtedly discussed the terms of the contract that will be offered to the young player and that the two clans have advanced in the discussions to the point that it would be surprising if the talks broke down somewhere.

There is no deadline.

“It could be in a few weeks, in a few months, the fans of the team do not have to worry” , repeated Gorton.

Can it be argued that Caufield could sign a contract similar to that of Tim Stützle with the Ottawa Senators? Ottawa: eight years for $8.35 million per season?