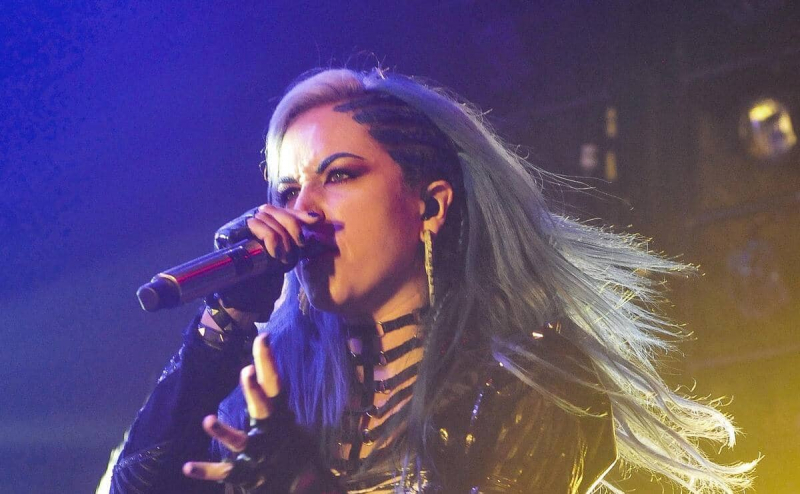 An eleventh multifaceted album for the Swedish group. The modulations of the voice of singer Alissa White-Gluz give sometimes in the roars specific to the genre, sometimes in melodious tunes supported by a clear voice. From Handshake with Hell, she shows us the full extent of her vocal prowess. And the epic has only just begun. Hang on! You'll cruise with uncompromising riffs on Poisoned Arrow. But the violence of the execution does not overshadow the unstoppable melodies in the instrumentation as on In the Eye of the Storm. The overall execution reaches technical heights. Contrary to the tenacious prejudice peddled on metal, the rhythms vary intensely here. Even the solos aren't constantly moving at 100 miles per hour and letting themselves be savored. With, of course, the double bass drum which comes to shake our rib cage at times and a bass which slams in the right place. Sunset Over The Empire demonstrates how the band masters the art of varying structures. From a punchy verse to a devastating chorus, Deceivers manages to surprise us again after a few listens. (Stéphane Plante)

If he still masters the raw language of his former duo Les Anticipateurs, Tronel manages to spin it with a certain poetic verve. Despite some predictable rhymes (“I saw heaven on Earth/It was hell”). At a time when queb rap is propelling young shoots in full possession of their means to the fore, will Tronel be successful? Expectations are high. But the ambitions – and the presumption – of Tronel too. (Stéphane Plante)

On effective arrangements, we would perhaps have liked more assurance in the voice. At least for some parts. But Blue Sea turns out to be a very promising earworm. Evoking vague wanderings that come and go in his universe, Carl Bastien's words denote a welcome thoroughness. In his sustained country lyricism, we detect hints of Stephen Faulkner, voluntary or not. There is worse in comparison. (Stéphane Plante)

If the Toronto band does not change the world, it gives us a great opportunity to revisit its indie-rock influences that we guess in every corner of this third album produced by Dan Boeckner (Wolf Parade, Handsome Furs). Here, we could swear we heard a riff from The Strokes… There, we recognize the panache of Parquet Courts… By relying on such strong bases, and by adding synthesizers in particular, Kiwi Jr. manages to create a fire rolling that it is hard to let go of the ears. One certainty: jangle pop fans will find their account. And more. (Mélissa Pelletier)

Since Coffee and Die Young, the electro-pop duo no longer has to prove that they can lay down catchy songs at will. For No Rules Sandy, the album closest to the essence of Sylvan Esso according to his own words, one rule: none. As we find the calm voice of Amelia Meath, we dive from Moving in a more intense and offbeat electronic frenzy than the band has accustomed us to. And we are hooked in this beautiful madness over the Look At Me, Echo Party and Cloud Walker… Until the sweet and simple Coming Back To You, surprising balm on the guitar after all this agitation. (Mélissa Pelletier)

Watch Alissa White-Gluz and Alex Erian of Despised Icon's discussion in our video series Between 2 Notes: