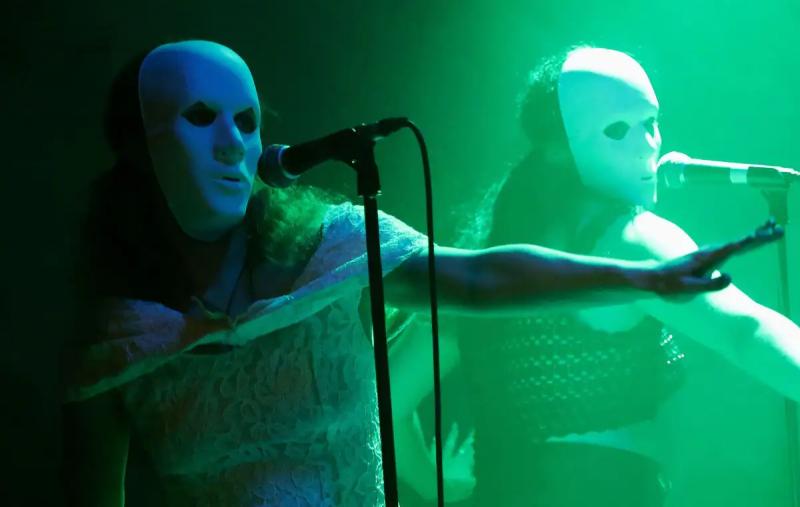 This ska-punk escapade straight out of the 90s turns out to be the ideal album to sink into the ears of posers who laugh at ska at the first opportunity. If you believe No Doubt got corrupted too quickly by pop formatting, The Interrupters are the band you've been waiting for. Especially since the Californian band hadn't given us a full album for four years. But those long years haven't dampened their gift for catchy anthems. The single In the Mirrorsounds like the perfect symbiosis of what the band can offer on the album. Ephemeral musical fashions will continue to follow one another at a rate as bewildering as they are superficial, but it's good to hear groups like The Interrupters don't give a damn by chaining punk, rock, reggae with the greatest fervor. In The Wild gives us a nice compendium of instant classics like The Hard Way, My Heart or Anything Was Better. You'll want to hum them for the rest of the day – or even the year – after hearing them. (Stéphane Plante)

Pussy Riot will have caused a lot of talk before releasing its first album, in particular for a punk prayer in the cathedral of Moscow which pushed three of its members behind bars. A pop opus full of attitude on the edge of hyperpop, MATRIARCHY NOW often takes the path of sarcasm to get to its destination by shelling collaborations with Tove Lo, iLoveMakonnen, Big Freedia, Phoebe Ryan, etc. Just have a listen to the PLASTIC extractto grasp the feminist and political aims of the Russian collective, which has definitely not said its last word. (Mélissa Pelletier)

The Vancouverite throws us elegant ballads at the junction of orchestral pop and folk. All sprinkled with a hint of 70s soft-rock. As in Stream, little pop-romantic melodic jewel. On the lyrical side, we are dealing with an introspective work, but which never sinks into pathos. Behind his fine arrangements, we discover a philosophical author who refuses to let himself be beaten down by the melancholy of the daily grind. (Stéphane Plante)

Lulled by the sublime lightness of dream pop tinged with electro, this EP is the perfect breeze for hot weather. We get closer to DIIV or Beach House, but more radio. Cool water gives the taste of a walk on a beach that will never end. But, like the summer, this mini-album is too short. Especially with its sweet melodies supported by evasive and caressing voices as in the titles beach 90th or summer’s end. (Stéphane Plante)

Don't get me wrong. If Angelohas everything from a festive and vaporous album that we want to listen to until we are more thirsty on the edge of the swimming pool, it has much more to offer. With these nine solid pieces finely articulated around irresistible dance, house, disco and electro-pop rhythms, percussionist and singer Brijean Murphy (U.S. Girls, Toro Y Moi) and multi-instrumentalist Doug Stuart (Luke Temple) sign here a soundtrack that twirls between gentle relaxation, the birth of desire and existential questions. Must do it, yes. And it is very successful. (Mélissa Pelletier)

QUB music was in Osheaga! Check out our capsule QUB music on the go here: