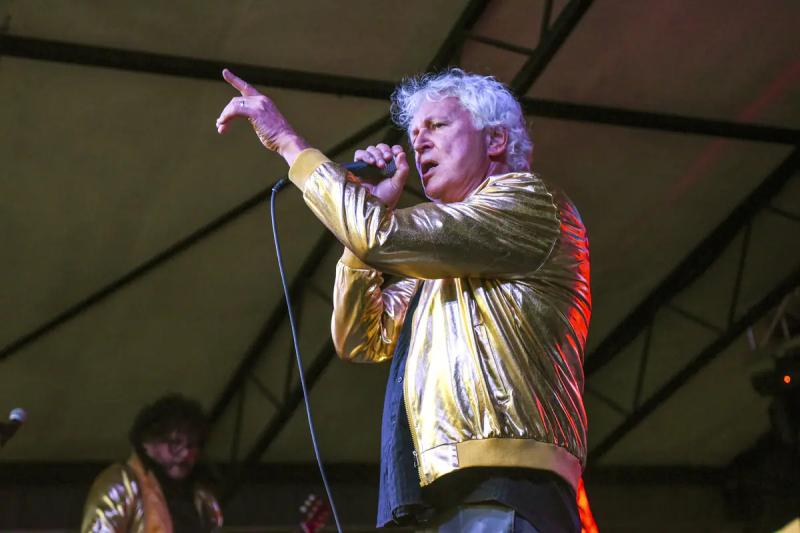 Tremblers and Goggles by Rank – Guided By Voices ****

Punk-infused chord progressions and surreal lyrics delight in Tremblers and Goggles by Rank. Guided by Voices never seems short of inspiration. As if singer Robert Pollard had stored away chord progressions and vocal melodies for the next 30 years. As it has done for the past thirty. Especially since in March 2022, the band had already given us the very good Crystal Nun Cathedral. Not serious. The guys do it again by propelling us into a power pop with or without nostalgia. With arpeggiated flights like Alex Bell or the speed variants in Cartoon Fashion (Bongo Lake), we finally find the conciseness that has often been missing in previous albums yet filled with nuggets but scattered in an overabundance of more modest tunes. Not here. In 10 plays, Pollard and his band show that they have never seen a blank page in their lives. If Tremblers and Goggles by Rank makes you want to know more about the band's discography, good luck! You still have about thirty studio albums to browse… (Stéphane Plante)

Indie rock drenched in grunge and embellished with female voices is enjoying good popularity these days. The Breeders are up for grabs. L7 too. But Momma's girls only feel like letting go of their madness with an effective rock that doesn't take the lead. They're not reinventing the wheel, but at least they're turning it in the right direction. Especially with Speedy 72 and Rockstar. (Stéphane Plante)

Get ready for a salvo of big concrete riffs – especially on the title track – supported by a flawless rhythm. Without forgetting the voice of singer Brent Smith, the perfect vehicle to relay the dystopian observation hammered out in the verses and choruses. Care was taken to intersperse the pacing already laden with heavy hymns with brief musical interludes and short narrations. Everything goes there: the future of the planet, mental health, the polarization of the American population. (Stephane Plante)

It started with an impromptu jam at SXSW 2017 by the Algonquin band Estern Medicines Singers with guitarist Yonatan Gat, known for his musical explorations. This gave the formation Medicine Singers, which now offers us its very first effort. And already, it is unavoidable. If the musicians have fun solidly with jazz and experimental punk sounds, while surfing on psychedelic melodies, they also have their feet firmly anchored in the pow-wow songs and rhythms. Beautiful mix of influences and musical universes, which find their way beautifully through traditions to create intense and whole music. (Mélissa Pelletier)

A look at oneself, one's feminine condition, one's motherhood and one's environment, and what this can imply for the people around her, Tresor is an open door to the dense reflections of Gwenno, alias Gwenno Saunders. Introspective and enveloping, but no less catchy, Tresor also draws on the influence of writers and artists such as Phoebe Proctor, Maya Deren and Monica Sjöö. And in Cornish, please. For this third psych-pop album, the Welsh artist wanted to highlight this language so important to her, which almost disappeared, bequeathed by her father, the poet Tim Saunders. (Mélissa Pelletier)

Your weekly prescription of musical favorites that may have passed under your radar.