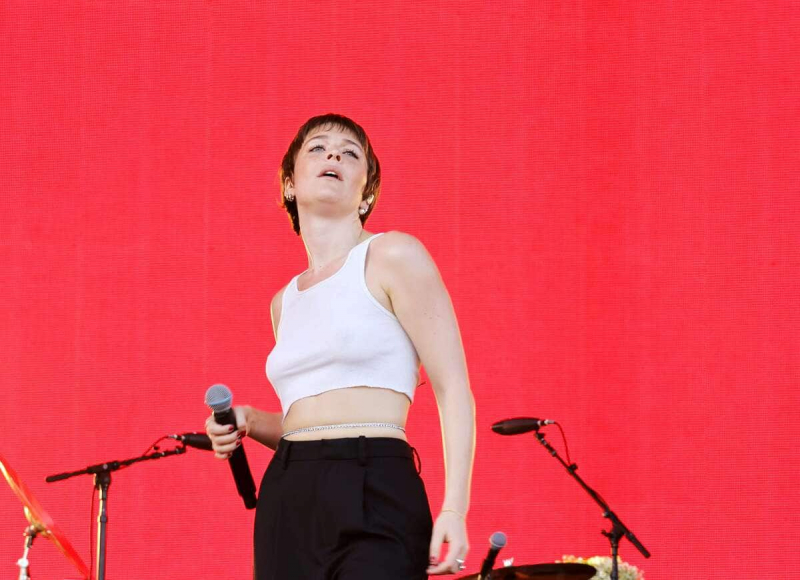 Destabilizing with its deconstructed rhythms and high-speed sequences, Marijuana's a Working Womanopens the album and sets the tone. The rest of the journey will be of the same ilk. You just have to let yourself be carried away by the layers of keyboards and the saturated vocal effects. The tempos sometimes borrow from ambient, but often from funk. The atmospheres follow one another so quickly: Freewave Lucifer Fck inserts itself into your mind like a series of paintings that you have to look at for a very long time before grasping everything. This introspective cavalcade by leader Kevin Barnes grooves to perfection on Blab Sabbath Lathe of Maiden or Après Thee Dèclassè. The lyrics telescope us into the tormented psyche of that same Barnes. He also admitted to having gone from alcohol to marijuana to better face the pandemic. This explains that… But he has fun and allows himself Bowie-style incantations. At the end of this 7-song escapade into Of Montreal's subconscious, you still won't know if you've arrived at your destination but, you know what they say, “it's the journey that counts”. (Stéphane Plante)

With Surrender, following his debut album Heard It in a Past Life(2019), Maggie Rogers persists, signs, and positions herself as a singer-songwriter to follow. With panache and confidence, the artist connects the dynamics Want Want, Anywhere But You and Shatter without getting stuck in the labels. Pop, folk, rock… If Rogers leads the way musically, she does not shy away from simplicity. Witness the touching ballad Begging For Rain, which confirms the assumed melancholy of this album. The most discerning ears may recognize the touch of Florence Welch (Florence and the Machine) and Ben Lovett (Mumford & Son's) on certain songs. (Mélissa Pelletier)

The darling artist of the British music press sings up to expectations. With its hip-hop tinged with soul/funk with real guitars, real bass, Lava La Rue exudes authenticity. Very little synthetic in the portrait. If only a few well-laid keyboard chords here and there to embellish the whole thing. In 5 titles, Laval La Rue achieves the feat of showing the extent of its influences without overdoing it. (Stéphane Plante)

Smoky and dreamy, this Patina. Between indie rock and dream pop injected with fuzz, the sunny tracks held by the charming voice of Sarah Cogan risk taking you on a journey to the corner of adolescence. No question for the Toronto band to feel sorry for old torments: we are rather entitled to a frank reflection, but all the same optimistic, on this little voice that we often have to tame in order to listen to it well… A nod to multiple influences from the 90s, Patina was able to benefit from the wise ears of Simon Raymonde (ex-Cocteau Twins) who signed the group to the Bella Union label. (Mélissa Pelletier)

At the crossroads of country, americana and folk, many of the songs offered here seem hesitant. With his uncertain voice, singer Dan Wriggins pushes his verses and choruses relating a thousand and one banalities. A complacency emerges in this deceptively jaded delivery. The thick acoustic and electric arpeggios and the messy attempts to give birth to a cookie-cutter solo come to save the day. Particularly in St. Bonaventure. The charm of Love the Stranger is there. (Stéphane Plante)