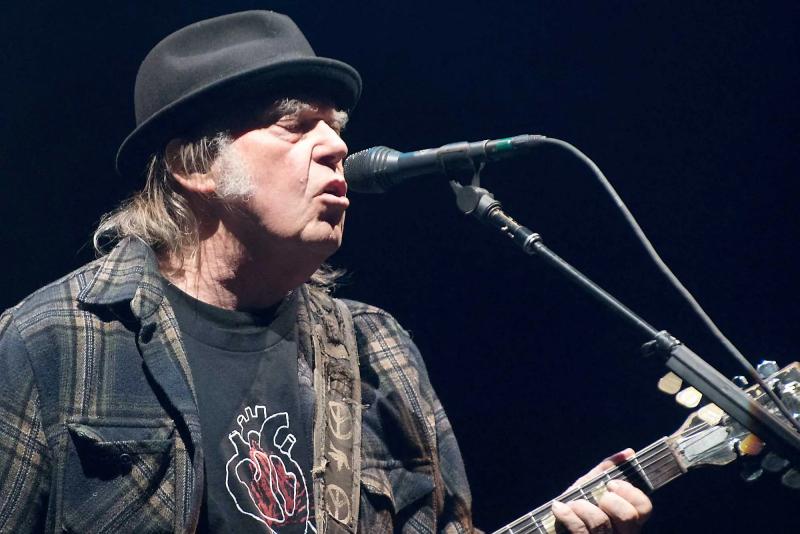 What to listen to through all the new music? Stéphane Plante and Mélissa Pelletier from QUB musique point out 5 must-haves!

Always flanked by his crazy horses, the patriarch of Canadian-American folk-rock is not ready to put his ardor in the locker room of the veterans. If he is languorous in the opening with the melancholy Quit, he goes into second gear with Standing in the Light of Love, which could very well have ended up on his classics from the 70s. Toast often refers us to this messy recipe of the most slacker– but oh so prolific, even hyperactive – still living pillars of rock. To hear certain chord progressions, you don't always feel inspired. Alongside the just enough dirty and haunting riffs, Neil Young still masters his recognizable high-pitched vocal flights to perfection. The temptation to re-listen to a passage from Toastto then go digging into his old tunes will go through your head, that's for sure. And that's perhaps normal when you know that this so-called last opus was recorded in 2000. In short, seven laments-rivers dripping with guitars, some of which, like Timberline or How Ya Doin'? already sound like instant classics. (Stéphane Plante)

LESBIAN WOKE ON THE AUTOTUNE – Calamine ****

This title was inspired by the rapper by an insult on social media. Rather than converting everything into a settling of accounts, she preferred humor. Squeaky. Without ever diluting the denunciation of toxic behavior. In addition to the samplings of various media personalities, Calamine quotes in turn Alain Deneault, Hegel and… Roxane Bruneau! And the instrumentation is not just an erased support for its sharp rhymes. They fit perfectly into the tone. (Stéphane Plante)

The Toronto band begins its latest album with a 10-minute hymn to fallen love. Ten minutes which, however, do not stretch so long. Formenterathus offers a journey into electro territory without skimping on the guitars. Nor on piano ballads. The pop and introspective ramblings of Emily Haines represent the major force of the nine pieces supported by a variable geometry instrumentation. Enemies of the Ocean even reveals an irresistible arpeggio of sparkling guitars. (Stéphane Plante)

Straight out of Leeds in England, the post-punk band is far from embarrassing its compatriots. On this third album which calls for lightness, the offbeat voice of Dan Hyndman adds the little spice that could be missing to a whole that sometimes falls into homogeneity, despite the effective riffs often straight out of 90s rock and the comical words that are based on everyday life. But swaggering vocally for the sake of swaggering can get boring in the medium term. Fortunately, the group dares to break the tone with songs more tinged with authenticity like Group of Deathand Dense Traffic. (Mélissa Pelletier)

It was via a remix of Seven Times by Lianne La Havas by Wu-Lu that, curious, I looked into the music of the artist established in London… And wow, that we were elsewhere! In LOGGERHEAD, the multi-instrumentalist throws into our mouths his hip-hop pieces, bordering on punk, which shine the spotlight on the left behind. Going from more contemplative atmospheres to furious climbs, the opus breathes, takes up space. It's even a little slippery and bushy at times through the multiple sonic textures, but it still hits its mark. And be careful, it goes inside. (Mélissa Pelletier)