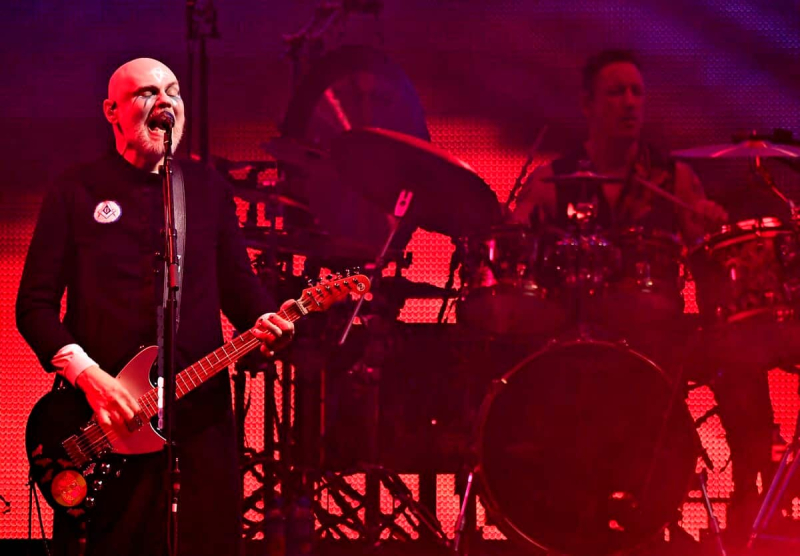 What to listen to through all the new music? Charles Laplante and Mélissa Pelletier of QUB musique point out 5 essentials!

At a time when music is mainly consumed through singles, Billy Corgan persists and signs a rock opera of 33 songs! The first installment of 11 titles saw the light of day earlier this week and the other two will be released over the next year. So here's a third of a review: Fans can feel a nostalgic solace listening to The Pumpkins in grand mode. It should be noted that the project was first sold as the sequel to Mellon Collie and The Infinite Sadness, a major work of 1990s rock. It therefore contains some transcendent moments where Billy, James and Jimmy reconnect with the emotional refrains of yesteryear (Embracer, Steps in Time) . Unfortunately, and as with most sequels, the edifice creaks under the weight of repetition and some ideas could clearly have been left on the cutting room floor (the homonymous intro and Hooray! , especially). The final verdict will of course have to wait until 2023. (Charles Laplante)

The Belgian star returns with a sequel to his popular second album: Nonante-Cinq La Suite. A reissue yes, which we find enriched with six new titles in the same vein as the twelve songs both deep and dancing launched in 2021. Angèle adds irresistible pop songs to the list of her potential hits, without sulking on sweetness with the pretty Time will do things. To put an end to the Nonante-Cinq adventure, the artist even allows herself an orchestral revisit of her hit Démons with Damso, which she delivers with power. What to wait before his visit to Montreal and Quebec in April 2023! (Mélissa Pelletier)

Revisiting a few songs from their repertoire on the fly? An excellent challenge for accomplices. It opens with the beautiful Perfect Stranger, the translation of Perfect Stranger from Future Is Nowde Ko, which then spoils itself with a delightful electro-pop cover of the excellent Il a n'y n'y n'y n'ai n'ai n'ai unten un de Confit. Then it's his friend's turn, who heavily retouches Perfect Stranger with a just enough absurd mixture of dirty grunge on birdsong. Because why not, and it's beautiful. The end? Let's say a cat joins the duo. Literally. You have to open up your horizons. Refreshing. (Mélissa Pelletier)

And in the Darkness, Hearts Aglow– Weyes Blood ****

Natalie Mering hits a home run with his fifth career album, which is also the second chapter of a trilogy that began in 2019 with Titanic Rising. Grandiose arrangements and lucid, but optimistic lyrics grab us from the first song and never let go throughout the listening. Special mention to the magnificent God Turn Me Into A Flower (with the keyboards of Oneohtrix Point Never) and Hearts Aglow, even if the set is just as essential. A serious contender for album of the year. (Charles Laplante)