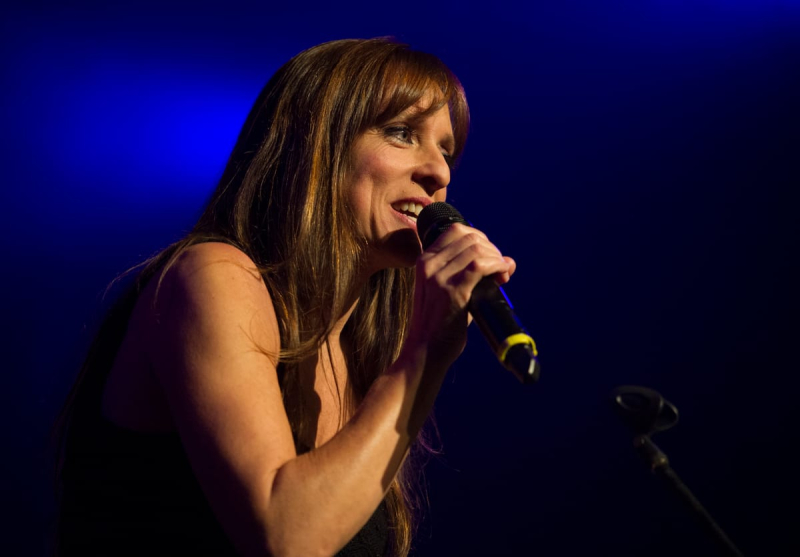 What to listen to through all the news? Charles Laplante and Mélissa Pelletier of QUB musique point out 5 essentials!

The very colorful pen of the singer-songwriter lingers particularly on a difficult subject on this sixth album: violence. With a strong dose of feminism, and of course Lemay's irreverent humour, the songs cast a wide net: domestic violence, male-female relationships, intimidation, excision… To take this sixth step in her challenge There were eleven timesof 11 albums in 1111 days, she has surrounded herself with several big names – including Janette Bertrand, Marina Orsini, Normand D'Amour, Michel Jean – who allow her to explore several very emotional territories. Rich, heterogeneous and almost disparate touch, in a new theatrical effort that puts the piano, the guitar and the violin in the spotlight. It is with the Frenchman Sanseverino, who plays gypsy jazz, that she offers a more inward-looking version of the piece on transidentity Mon drame, which she also intends to rearrange for each album of her challenge. Here is an offering that must be followed at a step, precisely, so as not to miss any detour of the artist in his meticulous and warm quest for human nature. (Mélissa Pelletier)

The foals of Mothland strike a blow with this third album with long, very rich, slow-developing tracks. It addresses the relationship between humans and the environment on skilfully orchestrated plots where guitars collide with arrangements of strings, synthesizers and even saxophones. Of the lot, the concise Linkis distinguished by its duration, of course, but also by its striking force. The opus could have become a bit busy if the group had not shown an innate sense of melody giving the desire to return to it time and time again. (Charles Laplante)

First intended to be entirely instrumental, this first album of Olivier Pépin's solo project ended up inspiring words and sung melodies to the artist. Camped in a universe of synthesizers and occasional sax solos, and claiming as much Vangelis as the albums of Michel Rivard or Daniel Lavoie of the 1980s, the work hits the mark and the pleasure increases with use. All that can be reproached to the one who also occupies the role of musical director for Pierre Kwenders, it is a slight lack of assurance in the vocal performance. (Charles Laplante)

Five years after a brief foray into electro-pop, the duo composed of Sébastien Lafleur and Marcie offers us a first EP by taking a resolutely country path. Synthesizers are therefore replaced by piano and guitars. The two artists have invented a gallery of somewhat cliché characters (including Dolly Brindamour) who live in their songs as if it were a Westworldmusical. Unfortunately, Renée Martel does not want it. Despite the harmonious marriage of their two voices, the artists do not always manage to convey the authenticity and the emotion necessary to bring a country song to life. (Charles Laplante)

An instrumental turning point? Why not, DeMarco seems to have thought to himself, as he challenged himself to roll to only come back with an album. Armed with a portable studio, the indie-rock artist drew inspiration from the places he visited. Evoking the gaze lost through an open window, Five Easy Hot Dogs is not far from “jazz jizz”, as DeMarco calls his music. Impeccable, more meditative and sometimes narrowly avoiding monotony, the album nevertheless innovates with sympathetic dissonances on Portland and the darker side of Victoria. Above all, fans will find DeMarco's cheerful nonchalance, perhaps bored with his offbeat lyrics. (Mélissa Pelletier)