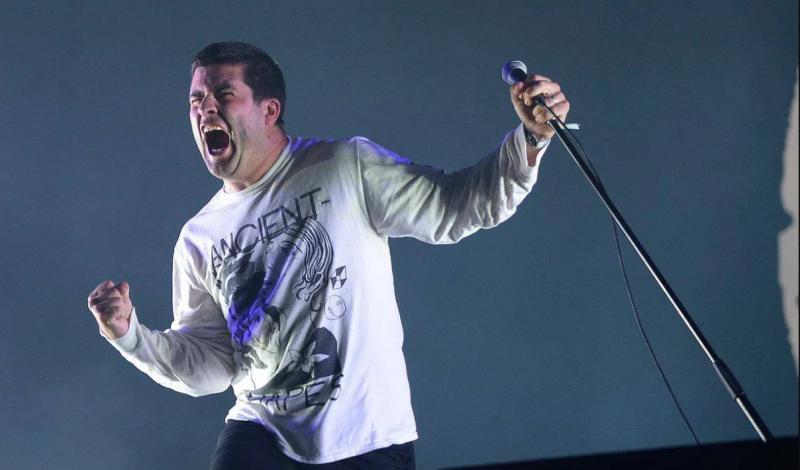 From the start, the Ontarians throw us a very dirty twisted riff, but no less effective, with Committed to the Con. At times, the sonic attacks can sound “predictable” in their construction, but it's hard to resist a nodding of the head which can only be accentuated throughout the album. Alexisonfire was able to preserve his strike force even though he had not recorded an album for 13 years. Not only has he not lost any of his energy, but he seems to have stored some! You could already hear it on the single Sweet Dreams Of Othernessreleased in March. George Pettit is still in voice, alternating verses and refrains passing from his legendary hoarseness to clearer incantations. But it is not only the voice that modulates. Rhythms too. Especially on the ballads Sans soleil and Blue Spade on which the group ventures dangerously into “Nickelback” territory. But Otherness still offers good screamo or post-hardcore for fans of the first hour, but also reveals a whole aspect of accessibility which could win some new followers. (Stephane Plante)

Between traditional songs, folk or rock, Katia Rock didn't feel like choosing. She preferred to do things her own way and we are happy about that. All her talents (storyteller, actress, singer) are deployed here. No poetic or militant turn of phrase is left to chance. The piece Land of our ancestorstells the story of the atrocities suffered by Indigenous women in Canada better than any news report. (Stéphane Plante)

Anyone who likes to delve into hip-hop and R&B sounds continues his journey with this sixth offering, returning to more organic pop and folk cobblestones that have proven themselves in his debut. Through the creaking piano notes, the guitar and the synthesizers that cover certain compositions, we hear the journey of a man who has understood many things and who has found the essence of what he wants to say. (Mélissa Pelletier)

A jewel of indie rock that takes us back to the 90s in all that this decade has offered. The guitars sail from a soft grunge to a beautiful shoegaze delirium. Even hints of trip-hop are perceptible in Darkness Forever. This clever mix will not only delight the X on their return of age. The younger generations exasperated at being associated with auto-tune will find their account. Sometimes, Forever provokes an irrepressible urge to dust off your guitar. (Stéphane Plante)

Home, Before and After – Regina Spektor ****

This is not an album. It is a real journey with the air of a tale that Regina Spektor offers us after more than six years of silence. With disarming simplicity, the singer-songwriter accumulates unanswered questions on haunting pop melodies on the piano and magnificent orchestral flights. The nuggets of Home, Before and After? We are already pointing out the heartbreaking Becoming All Alone where God makes a funny appearance and the bewitching Up the Mountain, which highlights the mysteries we all face . (Mélissa Pelletier)